Koinange was quiet but powerful

By Judah Ben-Hur and Emmanuel Too | 1yr ago 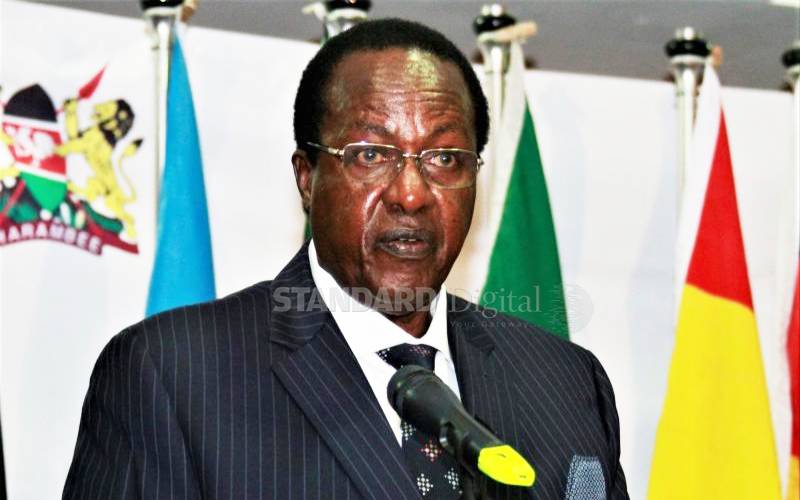 As chairman of the powerful National Security and Administration Committee, Koinange led Parliament in battling many national threats, including external aggression, only to fall to the monstrous virus.

So powerful was Koinange that when the Jubilee leadership was renegotiating parliamentary committees after the 2017 election victory, the only committee that was not up for grabs was his. Neither President Uhuru Kenyatta’s side nor Deputy President William Ruto’s could dare shake up the man who had come to be known as “Harambee House Prefect”.

Between 2013 when he was first elected Kiambaa MP and 2017 when he was re-elected, Koinange so perfectly fit into the “chairman” role, building confidence of members from both sides, and winning the hearts of the House leadership and the Executive. A family member who asked not to be quoted said the legislator had been admitted to hospital on March 15.

Family spokesman Jeff Koinange said the MP was taken to the ICU and stayed there until his death yesterdays, 17 days after admission.

“He was first put on oxygen before he was induced into a coma and put on ventilator,” Jeff said. He added: “He had underlying issues...he had asthma. But the MP was a fighter. He battled all the way and appeared to recover when things turned for the worst today (yesterday) morning. He was pronounced dead at 4am.”

Heartbroken colleagues in Parliament could hardly come to terms with his demise.

President Kenyatta, DP Ruto and ODM leader Raila Odinga led the country in mourning the fallen MP, with the president describing him as a dependable leader who had undivided attention to the country and his Kiambaa Constituency.

“The cruel hand of death has robbed us of a steadfast leader. A leader and a gentleman whose undivided focus was the peace, stability and progress of our country,” he said.

Ruto referred to Koinange as a visionary leader who put the interests of the country first.

“Koinange was a dependable, illustrious and visionary figure who worked for the people of Kiambaa Constituency with diligence. He was a progressive and selfless politician whose exceptional servant leadership will be missed,” Ruto tweeted.

Raila, who had early this month contracted the virus and tested negative for the third time yesterday, described Koinage’s death as a personal loss.

“The people of Kiambaa have lost in Koinange a diligent and dependable leader whose undivided focus was the unity, stability and progress of the country.” Kanu chairman and Baringo Senator Gideon Moi eulogised Koinange as a man who was committed to the welfare of his people.

“It is shocking to hear that my good friend Hon Paul Koinange is no more. His sudden death is a big blow to the nation because he was a towering patriot,” said Gideon.

National Assembly Speaker Justin Muturi said Koinange’s death was not only tragic to the country, but also to the august House, which has lost several MPs in recent months.

Muturi said the MP died at a time he was spearheading efforts to consolidate peace and stability among warring communities in the country.

Homa Bay Town MP Peter Kaluma, a friend to the fallen MP and also a member of the Administration and National Security Committee said, “Koinange believed in talking very little but delivering so much.”

It was Koinange’s impassioned action that led to the sponsoring of the Narcotics, Drugs and Psychotropic Substances (Control) Amendment Bill, 2020. The Bill intends to tighten policies and structures to nab drug traffickers.

During his first term in Parliament, Koinange was a member of the Departmental Committee of Health and Delegated Legislation.