Several senior Ukrainian officials announced their resignations Tuesday amid what President Volodymyr Zelenskyy said would be some personnel changes in his government.

Deputy Defense Minister Viacheslav Shapovalov, who was in charge of logistical support for Ukraine’s forces, stepped down from his post, cating allegations about a food procurement scandal that he denies.

“There are already personnel decisions — some today, some tomorrow — regarding officials at various levels in ministries and other central government structures, as well as in the regions and in law enforcement,” Zelenskyy said in his evening address Monday.

Facing pressure from allies, including those in possession of Leopard tanks that want to send them to Ukraine, Pistorius stressed there is unity in the NATO alliance and said that while some countries want to move faster than others, they are not divided.

Stoltenberg said consultation among allies on the tank issue will continue and that there will be a “solution” soon.

He welcomed Germany’s message to allies that if they have Leopard tanks and want to make them ready and train Ukrainian forces to use them, those countries are urged to start that work.

“At this pivotal moment in the war, we must provide heavier and more advanced systems to Ukraine, and we must do it faster,” Stoltenberg said.

He added that providing battle tanks to Ukrainian forces is important in order to both repel Russian advances and to help Ukraine retake its territory.

“I am also calling on the German side to join our coalition of countries supporting Ukraine with Leopard 2 tanks," Blaszczak tweeted.

Poland’s prime minister said Monday his country was building a coalition of nations ready to send Leopard tanks to Ukraine even if Germany does not give formal permission.

U.S. State Department spokesman Ned Price on Monday highlighted other military aid that Germany has sent to Ukrainian forces, saying, “Germany has stepped up in a big way.”

U.S. defense officials have resisted sending their own Abrams M1 tanks to Ukraine, citing their complex training and maintenance needs.

Price said Monday Ukraine does have tanks in service, and that the United States has helped Ukrainian forces add more to their fleet.

“We have worked with them to obtain former Soviet-made and Russian-made tanks that they’re already trained on, they know how to use, they can put to use right away, they can repair them, they can keep them operational, and most importantly, they can be effective with them,” Price said. 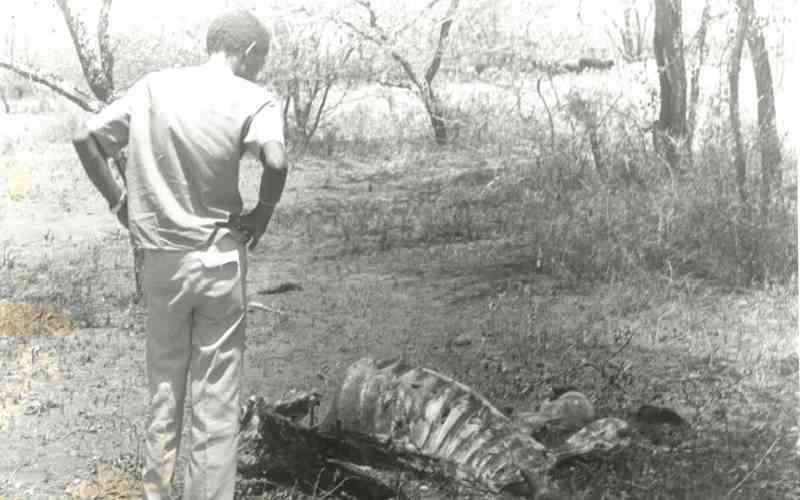 By Nzau Musau 11 hrs ago
Premium Chebukati: This is my story