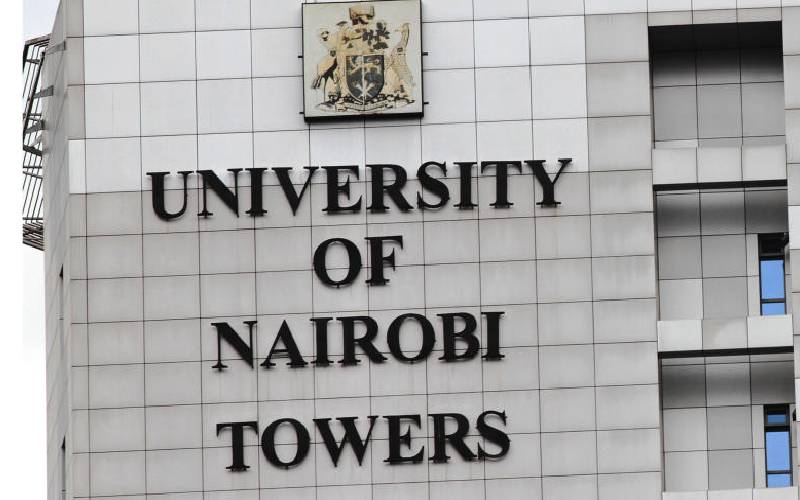 University of Nairobi VC Stephen Kiama has named Prof Julius Ogeng’o as the Associate Vice-Chancellor in charge of Academic Affairs in a new management structure.

Prof Ogengo had been the deputy VC of the same docket and will not be subjected to a competitive process of recruitment.

The VC has also appointed Prof Margaret Hutchison as the acting Associate Vice Chancellor in charge of Research, Innovation and Enterprise. This means that position will be filled up substantively through a competitive process.

The position was previously held by Prof Madara Ogot who was removed by the University Council through a disciplinary process. The matter is still pending in court.

Prof Kiama said all vacant positions will be filled up competitively.

However, it emerged that present substantive holders of various positions which have been retained in new management reforms will not be subject to vetting.

In the changes, Prof Isaac Jumba has been named the executive dean, faculty of Education, while Prof James Machoki remains in charge of the faculty of Health Sciences.

The rest of the executive deans will hold the positions in acting capacities pending competitive recruitment.

The new positions are in line with the reforms plan outlined by the university's council chairperson Prof Julia Ojiambo.

Prof Kiama said all teaching has been reorganised under 11 faculties and will be run by executive deans assisted by associate deans.

"This will enhance accountability and efficiency in the management of academic programmes," said Kiama.

In her reforms statement, Prof Ojiambo said the new structure is informed by the centrality of teaching, research and innovations.

In the changes, the council abolished various offices, merged some functions and created new functional positions aligned to the core mandate of the university.

Some of the abolished positions are five offices of deputy vice-chancellors who have been replaced by two positions of associate VCs.

“We have abolished all colleges and reorganised all functions around faculties which have been reduced to 11 to avoid duplication and functional overreach,” said Prof Ojiambo.

She announced that all positions of principals and deputy principals have been abolished and their roles reorganised under new positions of executive and associate deans to align resources to the faculties where teaching and learning take place.

Premium Vegetable farming: no need for pesticides
Crop
By Rosa Agutu
8 mins ago
Premium Missing in action: George Kinoti takes back seat as he waits for the axe to fall
National
By Kamore Maina
9 mins ago
Premium State House duel: Inside the last 48 hours at Bomas of Kenya tallying centre
Politics
By Benjamin Imende
1 hr ago
Premium Azimio team faces perilous political future after election loss
Barrack Muluka
By Barrack Muluka
6 hrs ago
.

By Rosa Agutu 8 mins ago
Premium Vegetable farming: no need for pesticides

By Kamore Maina 9 mins ago
Premium Missing in action: George Kinoti takes back seat as he waits for the axe to fall

By Benjamin Imende 1 hr ago
Premium State House duel: Inside the last 48 hours at Bomas of Kenya tallying centre