The Ministry of Education is in a spot over the fate of pupils who will next year transit to Grade Four under the new curriculum.

This group that piloted the new competency-based curriculum in Grade Three this year has no books to use in the next level, according to book sellers.

The Kenya Booksellers and Stationers Association has said although the stakeholders agreed with the ministry and Kenya Institute of Curriculum Development (KICD) to postpone the roll-out of new curriculum to 2020, a crisis lies ahead for the ongoing pilot programme.

“There are schools which are piloting the new curriculum for Grade One to Three ahead of the official roll-out. In two weeks' time pioneer learners in the curriculum will be in Grade Four yet no books have been released for the level,” said Albert Mwangi, the association's Nakuru Chapter chair.

Mr Mwangi commended the ministry for postponing the roll-out of the system by a year, but noted that there was much that needed to be done to avoid a crisis for those in the pilot programme.

He said the schools in the pilot programme would have nothing to offer to the Grade Four pupils since the books available at the schools for Standard Four were incompatible with the new curriculum.

“It was a good move for Education Cabinet secretary to tell Kenyans the bitter truth that the country was not ready. The ministry’s silence over what shall be done for those transiting to Grade Four is a ticking time bomb,” said Mwangi.

There is also a concern on the side of the teachers who are yet to be trained on what to teach learners in Grade Four in public and private schools.

Parents have called on the Government to provide the necessary support to the education sector, terming the new curriculum promising and more learner-friendly.

“The new curriculum offers room for creativity, looked promising and was friendly to the learners. This is in contrast with the 8-4-4 system, which was content-based and rigid. The Government needs to take all the necessary measures to ensure it succeeds,” said Andrew Watuha, a parent at Nairobi Primary School.

The mode of delivering the new books to the public schools has been faulted. Some of the schools were issued with books nearly two times the numbers they had ordered.

“There are some schools which were forced to collect books nearly double the population of the school from the ministry’s containers at the sub-counties. They were left struggling with storage space,” said a school head who did not want to be quoted.

Separately, Navakholo MP Emmanuel Wangwe has cautioned those behind the push for the new 2-6-3-3-3 education system before it fully passes the test.

Mr Wangwe urged Kenyans to be patient as the stakeholders work out something, saying the current 8-4-4 system was not that bad to be phased out in a hurry.

“Let us be careful not to fully condemn the current system, education is not something we can just gamble with,” he said. 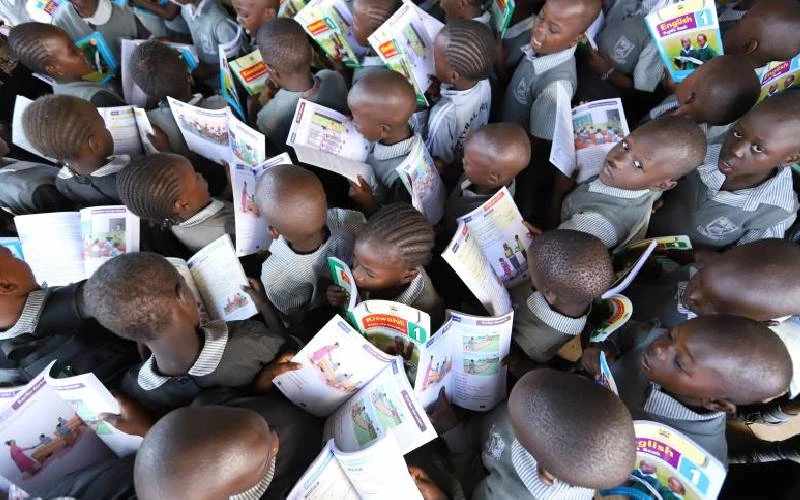 Schools to receive Grade Six books from next week
Grade Six textbooks to be in schools when the next calendar year starts in April and will be distributed and used from April 2022 to 2026.
Education
By Augustine Oduor
5 months ago
.

Students' culture and experiences should be central to their learning
Education
By Antoney Luvinzu
1 day ago
Premium How tablets, internet have brought students renewed zeal to learn
Education
By Nancy Nzau
1 day ago
Build rapport to address problems on discipline
Education
By The Conversation
2 days ago
Education PS urges students to consider art as a source of income
Education
By Philip Muasya
4 days ago
Varsities told to align with demands of CBC
Education
By Fidelis Kabunyi
5 days ago
Premium Why unending fight against fake degrees has been a mirage
Education
By Lewis Nyaundi
6 days ago
.