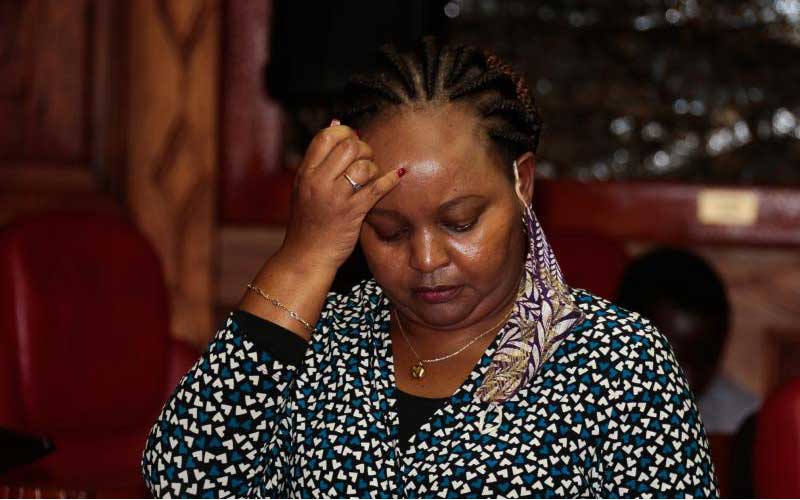 Today, the Senate has the nation’s attention as it makes a decision on the fate of Kirinyaga Governor Anne Waiguru. Waiguru (pictured) is not the first county chief to find herself before the senators, neither will she be the last. Similar instances have had varied results, with every previous impeachment Motion bringing out the ugly of the Senate.

This time though, the Senate, which holds itself in higher regard than its counterpart, the National Assembly, should rise to the occasion and rule on Waiguru’s case judiciously, based on the facts presented before it and the merits or demerits presented by both sides.

Political pressure notwithstanding, senators should, for once, shed their partisan views, abandon detrimental party positions and play their role as espoused in the Constitution.

When all is said and done, the matter before the Senate is not just about the embattled governor. No. Neither is it about the people of Kirinyaga. This, and other impeachment Motions that will come before this House are bigger than these two.

Today’s ruling has the future of devolution at heart and the collective consciousness of those in the house in its soul.

It is about the men and women who occupy this House and whether or not they can stand firm and be counted when called upon to. It is time for Kenneth Lusaka’s House to portray the leadership that has been entrusted to it by not bending to short-term political whims but rather standing up to represent a greater good.

Today, we look to you to turn a new leaf devoid of the characteristic horse-trading that has always cast long shadows on national decisions that come before the Senate. We look to you, senators, to do away with deal-cutting within the precincts of this sacrosanct institution and make a decision that is best suited for the republic.

We need to aspire to greater heights as a nation. As the representatives of the people, this should, dear senators, begin with you. When you unanimously make a decision, let it be a reflection of what we hold dear as a nation. A decision devoid of political self-preservation. A decision that will cast selfish interests aside. A decision that will be looked at by your successors as one of wisdom and courage at a time foolishness and cowardice offered greater rewards than these virtues that are increasingly becoming hard to come by among elected leaders.

Today, be a voice of reason in a sea of blind allegiances. Resist becoming the rubber stamps that Kenyans have become accustomed to.

Senators, today stand not for yourself, but for ideals that will outlive you.?

Previous article
Raila, Ruto unlikely to be president in 2022
Next article
Pregnancy made me hate my husband's voice, cooking