Everything you need to know about growing green grams

By Kelvin Ogega | 1mo ago

Green grams are used to make delicious stews that go well with chapati, rice and even ugali. It can also be used to make nutritious soup.

The seeds can also be value added by milling into the flour and used to make porridge, bread and noodles. The crop residues are used as fodder or in making green manure according to greenlife.co.ke. For those who do not eat meat, green grams are a rich source of protein.

According to greenlife.co.ke, climatic conditions favorable for green gram farming consist of the annual rainfall of at least 600mm annually, temperatures of 28 to 30 degrees Celsius. It performs well at an altitude of 500 to1600 metres above sea level. Green grams prefer well-drained fertile loam or sandy soils with a soil PH of 6.0 to 7.0.

Farmlinkkenya.com indicates that green grams are grown from seeds. They take about 60 to 90 days to grow to maturity depending on the variety.

Farmers prefer the crop as it matures early, has a low water demand and enjoys a ready market.

Before planting, land should be prepared to a fine tilth. Planting should be done early on the onset of rains planting two seeds per hole at a recommended spacing of 45cm by 15 cm notes farmlinkkenya.com

Germination occurs within five to seven days. Green grams can be planted alone or intercropped with other crops like maize, sorghum and cowpeas.

The first weeding should be done three weeks after the seedlings have grown followed by the second weeding six weeks later, after flowering.

Diseases that a farmer should be worried about are powdery mildew, damping- off, yellow mosaic, anthracnose, bacterial blight or bean blight.

They are controlled by early planting, spraying with suitable insecticides and pesticides. Crop rotation and using resistant varieties according to farmlinkkenya.com also helps.

Green grams are harvested when the pods turn black. The pods are sun-dried further for two to three days then threshed before consumption or storing in airtight containers such as drums, pots, and tins or gunny bags.

The moisture content at storage should not be above 13 per cent to reduce their susceptibility to bruchid or bean weevils’ says mfarm.co.ke.

The rich amounts of nutrients present in green grams help to decrease and prevent many diseases. It contains powerful antioxidants with many health benefits.

Adding green grams in your food helps improve the health of your eyes, liver, hair, and nails.

Research by Healthline.com indicates that legumes help to prevent liver damage, decrease the accumulation of fat, and eliminate cholesterol.

High blood pressure may lead to many severe diseases such as heart diseases, stroke, etc. The rich amounts of nutrients such as magnesium, potassium, and fibre that help to decrease the level of blood pressure.

The nutrients help to play a major role in controlling the enzyme’s actions that increase the level of blood pressure. Moreover, it promotes the blood circulation and prevents the oxidation of lipids.

Green gram is one of the effective remedies to control the level of sugar levels in the blood. It contains lots of soluble fibre, the protein that slows down the process of glucose release in the bloodstream and reduces the blood sugar level.

Green gram has a low glycaemic index that helps to reduce the level of blood glucose and fat in your body by stimulating the secretion of insulin.

Green gram effectively controls the development of free radicals. Free radicals may develop due to the unhealthy diets, stress, pollution, and toxins in your body.

According to Healthline.com, green grams contain effective anti-tumor properties and flavonoids that help to inhibit the formation of cancer cells.

The numerous nutrients of green grams provide rich amounts of fibre and protein without increasing fat in your body. The dietary fibre it contains acts as a bulking agent in the gut.

Regular consumption helps to keep you fuller, control unnecessary appetite, delay digestion, and decrease the consumption of calories that helps to reduce weight.

Green grams have not escaped the challenges posed by climate change; such as unpredictable rainfall seasons; extreme high temperatures and droughts; as well as an upsurge of pests and diseases.

However, a recent analysis by the Climate Resilient Agri-business for Tomorrow project (CRAFT) shows a decline in green grams yields in Kenya, ranging from 0.4 to 0.6 tonnes per acre against a global average yield of 0.73 tonnes per acre. Far below the crop’s potential.

In the Kenyan market you will get a one kilogram of green grams going for Sh100 to Sh200 depending on where you are buying from.

According to a survey by SNV Netherlands Development Organisation, these areas account for more than 95 per cent of Kenya's annual green gram production with at least 51 per cent of the producers being women.

Voting suspended in Kitisuru after KIEMS kit fail
Nairobi
By Mike Kihaki and David Njaaga
34 mins ago
Property destroyed after fire breaks out at a go down in Nairobi
Nairobi
By Mate Tongola
50 mins ago
How to take care of tattooed skin
Skin Care
By Esther Muchene
56 mins ago
Reasons why elections are postponed
Explainers
By Patrick Vidija
1 hr ago
.

By Patrick Vidija 1 hr ago
Reasons why elections are postponed 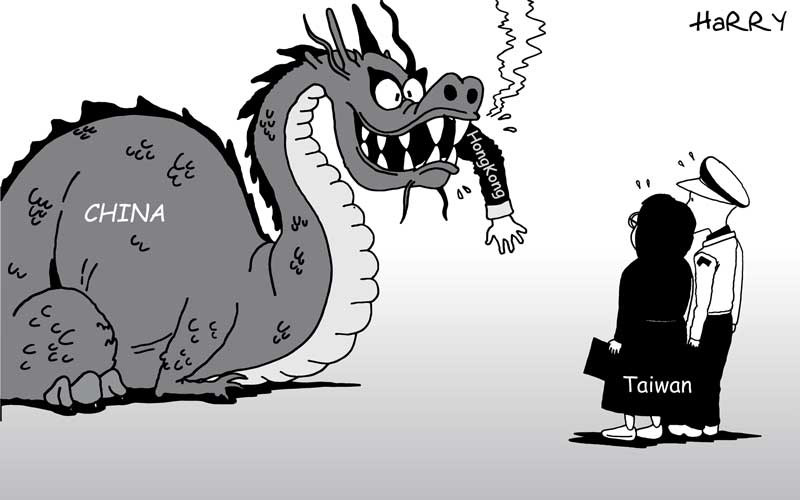 By Harrison Muriuki 1 hr ago
China vs Taiwan