Shock as woman says making love to own son is ‘incredible’ 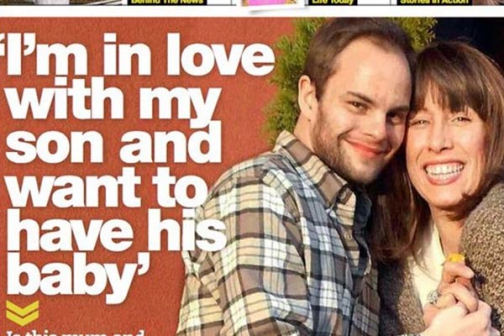 A mother reunited with the son she gave up for adoption 30 years ago says now they’re in love - and trying for a baby together.

Kim West, 51, has been in a relationship with her biological son Ben Ford, 32, for two years and believe they are ‘meant to be’ after she was forced to give him up for adoption just a week after he was born.

But the couple, who say their sex life is ‘incredible’ and are planning to get married, insist their relationship is not incest, the New Day reports.

Instead they claim it is ‘Genetic Sexual Attraction’, a term used for relatives who feel sexual attraction for each other after meeting as adults.

Adopting parents to get leave

The couple were brought together after Ben, who was living in the US, sent his England-born mum a letter out of the blue in 2013.

Two years before Ben had married his wife Victoria, who he later split up with to be in a relationship with his mum.

The pair began exchanging phone calls before agreeing to meet up, Kim saying it was like they had ‘known each other for years’.

Interior designer Kim started to realise her attraction to her son and found herself having 'sexy dreams' about him.

Feeling confused about the attraction, Kim decided to look it up on the internet and came across an article on Genetic Sexual Attraction (GSA), and felt like a weight had lifted.

The pair agreed to meet at a hotel where they ordered alcohol and after a bottle of champagne shared their first kiss.

Ben told her he felt relieved and that he had stopped having feelings for his wife before the pair went on to have sex a number of times.

Three days later Ben told a disgusted Victoria he was leaving her for his mum and the couple flew to Michigan, where they had help from another GSA couple in setting up a new life.

Kim told the New Day sex with Ben was "incredible and mind-blowing".

She said: "This is not incest, it is GSA. We are like peas in a pod and meant to be together.

"I know people will say we're disgusting, that we should be able to control our feelings, but when you're hit by a love so consuming you are willing to give up everything for it, you have to fight for it.

"It's a once in a lifetime chance and something Ben and I are not willing to walk away from."

I joined Kenyatta University for a BA in Fine Arts in 1997. Fine Arts required thorough concentration with more than 65 per cent of it being practical. My favourite unit was Drawing. It was practical.