COUNTIES
By Cyrus Ombati and Agencies | May 6th 2020 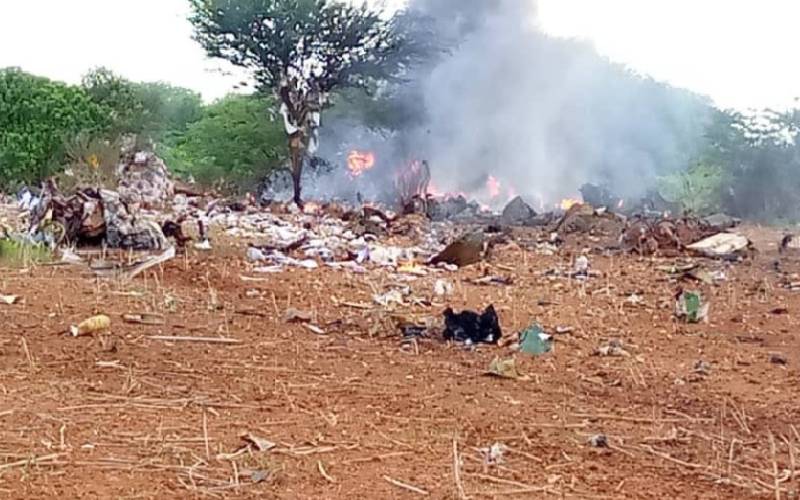 Somalia President Mohamed Farmajo yesterday called President Uhuru Kenyatta to express his regret and convey condolences for the loss of life in an aircraft crash of a Kenyan private cargo plane in Bardale area, Baidoa, Somalia on Monday.

Farmajo told Kenyatta he had instructed Somalia’s civil aviation authorities to immediately mount an investigation into the circumstances surrounding the crash of the aircraft that was supporting humanitarian operations in the country.

Farmajo invited the Kenyan Civil Aviation authorities to team up with their Somalia counterparts with a view to completing the investigations expeditiously.

A statement from the Ministry of Foreign Affairs said President Kenyatta thanked Farmajo for the call and undertook to convey his condolences to families of the two crew members who died in the crash.

“President Kenyatta further welcomed President Farmajo’s invitation to Kenya’s Civil Aviation authorities to join the investigation into the crash, emphasising the need to swiftly, but thoroughly conclude the process,” the statement said.

Kenya's Foreign Ministry also called for a swift investigation after the humanitarian plane helping the fight against coronavirus crashed in "unclear" circumstances.

The private cargo plane was undertaking a humanitarian mission from Baidoa to Bardale, some 300 kilometres northwest of Somalia's capital Mogadishu when it crashed on Monday afternoon.

"The aircraft was about to land at the Bardale airstrip when it crashed and burst into flames. All six people on board died in the incident," Abdulahi Isack, a Kenyan police official, told AFP by phone.

"We do not know what exactly caused the aircraft carrying medical supplies to crash, but there is an investigation going on to establish the details.

Kenya urged Somalia "to thoroughly and swiftly investigate the matter because it impacts humanitarian operations at a time of highest need."

"The incident occurred under unclear circumstances," the Foreign Ministry said in a statement, expressing its "deep shock and regret" and offering condolences to families of the deceased.

"Kenyan and other humanitarian aircraft operating in the region are also urged to enhance extra precaution in light of the unclear circumstances surrounding the incident," said the ministry.

The Al Shabaab militant group is active in southern Somalia, but the area where the crash occurred is under control of government and Ethiopian troops.

Soldiers from Ethiopia and Kenya are among those deployed to Somalia as part of an African Union peacekeeping mission fighting the Islamist insurgents, who control swathes of countryside.

Major General Mohammed Tessema, spokesman for the Ethiopian National Defence Force, said he had no information about the crash and referred questions to "armed force commanders in Somalia".

Somalia's Transport and Civil Aviation Ministry expressed "deep regret" over the crash and said the government was conducting a "thorough investigation".

It said the Embraer 120 twin-turboprop was operated by African Express, which is headquartered in Nairobi.

The crash comes amid strained ties between Kenya and Somalia.

Professional football leagues around Europe are gearing up for a return to action following the coronavirus stoppage, but some are more advanced than

By Christopher Kipsang | 43 minutes ago