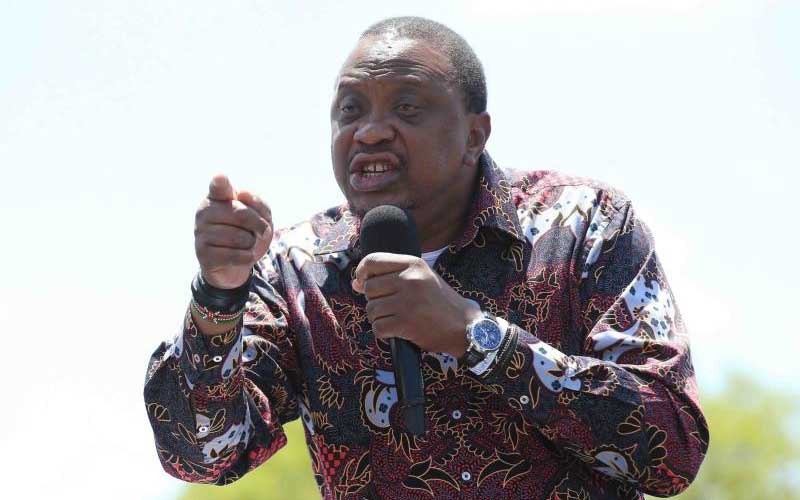 President Uhuru Kenyatta (pictured) left for Japan yesterday ahead of his planned visit to Russia for a summit bringing together over 30 Heads of State.

It is not clear what his mission is in Japan, but officials said it is for bilateral talks. Japan is undertaking a number of development projects including Dongo Kundu economic zone in Mombasa.

Uhuru is expected to attend the event where Vladimir Putin will be hosting the first Africa-Russia Summit in the Black Sea Resort of Sochi, a meeting viewed as a chance to revive Soviet-era relationships and build new alliances, reinforcing Moscow's global power in the face of confrontation with the West.

Kenyatta will join over 35 Heads of State and Government for the inaugural Russia-Africa Summit on October 23 and 24.

The meeting will be co-chaired by Putin and Egyptian President and African Union Chairman Abdel-Fattah el-Sisi.

The PS revealed the President will hold bilateral talks with Putin on the sidelines of the summit.

He also confirmed that Cabinet Secretaries Dr Monica Juma (Foreign Affairs) and Peter Munya (Trade) will have consultative meetings with their Russian counterparts on how to enhance diplomatic ties and trade relations.

He disclose that during the meeting, the president and his team will sign bilateral and multilateral cooperation on science and technology, training education, blue economy, trade and tourism and people to people interactions.

Putin has expressed optimism that the forum will explore new areas and forms of cooperation to be outlined at the end of the Summit.

How Mombasa port became the world’s capital of drugs

Investigation unearths how heroin and cocaine cartels are using coastal city as point of transit to Europe.

By Anne Atieno | 30 minutes ago