Explainer: 15 things you must know about the 2019 census

By Standard Reporter | 2yrs ago 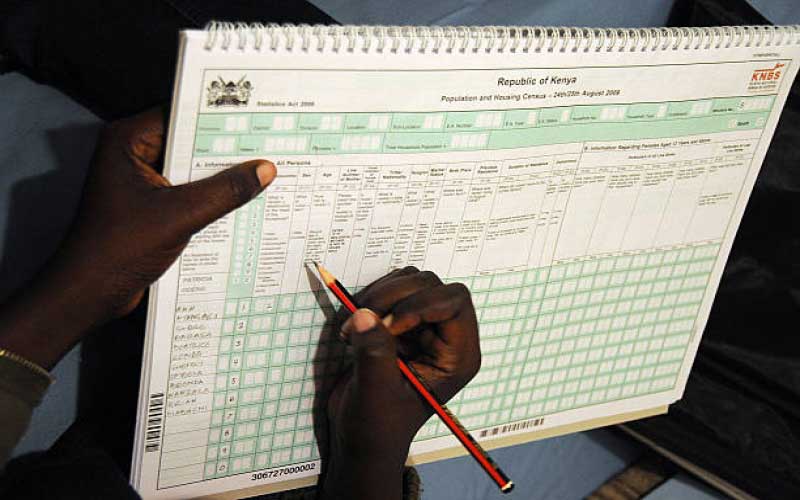 For the first time, the enumeration process will be carried out using digital gadgets, a paperless process that will guarantee, accuracy, speed of processing and security of the data.

Here are 15 frequently asked questions on the process:

1. How will the census be carried out?

Census will be carried out from house to house.

2. Who will carry out the census?

There are enumerators appointed by the Kenya National Bureau of Statists to carry out the exercise.

3. How will you identify an enumerator?

Enumerators are people know are known within your area, hence will not be strangers to those being counted. They will also be accompanied by security officers and area administration. Look out for official identity cards and reflector jackets as one of the features of identification.

4. What time should you expect the officers?

Collecting data will start on August 24 at night and end on August 31.

5. How long should the exercise take in a household?

This time will vary to the number of people a house on the reference night. Expect to have an interview by an enumerator for at least 10 to 30 minutes.

6. Will you be counted if you are not in your house? What about visitors?

People will be counted based on where they will spend the night of August 24 and 25. This will be anyone in a household, be it employees, visitors etc.

7. What questions will you be asked during the census?

Enumerators will be asking you about your age, tribe, sex (male, female and intersex), births, marital status, education, farming (livestock, crop and aquaculture), property ownership, number of wives, access to computer services, what you do for a living and are there factors that inhibit you from performing daily chores and how severe are they, number of those living with disabilities, number of household members of diaspora.

8. How will the data be collected?

This year data will be captured on a tablet such as the one used during Huduma number exercise. This is different from previous Census where data was captured on a paper.

9. Why will you be asked about your tribe?

Ethnic affiliation is a key component of Kenya’s culture which will be asked by the enumerators. Ethnicity question was in all other census conducted in Kenya.

10. How will you avoid double counting?

One has to remain indoors for him or her to be counted. Also, enumerators will mark the door of each house as proof that those inside have been counted.

11. Is it mandatory to be counted?

Anyone who will block or boycott and give false census answers risks Sh 100,000 fine or one year in jail upon conviction.

12. What happens if one is not counted on the night of August 24?

Those who shall have not been counted by the end of the census shall be required to report to the local administrative office.

13. Who will be contacted if enumerators do not reach your household?

One can contact area leadership or call Kenya National Bureau of Statistics.

14. When will Kenyans know the results?

15. Will Kenyans abroad be counted?

Only those in Kenya will be counted.