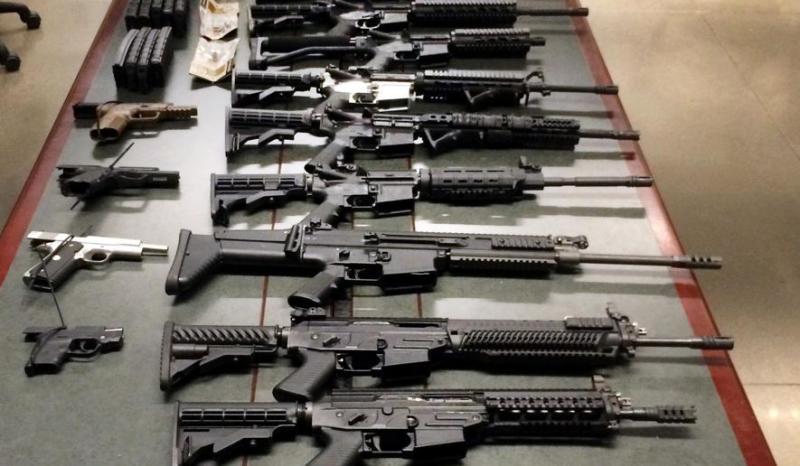 Operations at the Central Firearms Bureau have been grounded for the last three weeks after it emerged that a criminal syndicate has been assisting applicants to get licenses by manipulating the systems and by-passing available stringent rules.

Sunday Standard has also established that the government has sent home all top officers at the bureau and is in the process of replacing management. The headquarters will also be moved to a new location.

Those in security circles say Interior Cabinet Secretary Fred Matiangi ordered the bureau shut down after he learnt it had been infiltrated by a cartel that has been issuing fake permits. Infact, licensed fire arm holders whose permits have expired within the last four months have been unable to renew them after the government increased its scrutiny on Nairobi Area Police Station where the bureau is headquartered.

The licence fee for a firearm is Sh2,000 and the process of getting the permit involves seven stages. This cost excludes the cost of a gun. It can take an applicant up to three months before they are allowed to purchase a gun. However, some licence seekers have been paying a ‘facilitation fee’ of at least Sh200,000 to a criminal ring at the bureau to speed up the process of getting a gun permit. The syndicate has infiltrated the system and manipulated details so severely that the files of several firearm holders have similar serial numbers.

All these details have been entered into the central registry that stores all the information about civilians licensed to purchase and carry firearms. These anomalies are only flagged when one goes to renew their licence or are caught up in a firearm misuse that requires scrutiny. So hot is the matter that no top police and ministry officers want to be quoted on the issue which has attracted the interest of non-other than President Uhuru Kenyatta. Those in the know say the president is intending to pluck a top officer from the National Intelligence Service (NIS) to head the agency and bring sanity there.

“I am on leave and out of the country in Ottawa, Canada. Kindly call Charles Owino of the National Police Service,” Interior Ministry Spokesman Mwenda Njoka responded to the Sunday Standard.

Charles Owino, who is the police spokesman, could not be reached for comment either. This is the second time in two years that the government is shutting down the Fire Arms Licensing Bureau. In October 2016, the Interior ministry also reconstituted the board by revoking the appointments of Lilian Kiamba, Bernice Gachegu and William Sing’oei. He replaced them with James Mwenda, David Kiprono Tonui and Peris Muthoni for three-years starting October 1, 2017.  Major General (Rtd) Charles Mwanzia was appointed the chairman, Nelson Munyi secretary of the board.

Data shows that there are about 10,000 licenced firearm holders in the country. But there could be more who are not properly documented due to corruption at the bureau.

Norwegian ship detained with firearms has been released after diplomatic intervention

Illegal weapons making their way into Kenya through illegal routes

By Clement M Masombo | 13 hours ago