IEBC to dialogue with NASA over plan to adopt polling stations

The electoral commission will seek dialogue with leaders of the National Super Alliance (NASA) on its 'adopt a polling station' plan.

Independent Electoral and Boundaries Commission (IEBC) commissioner Paul Kurgat said they understood the concerns raised by the Opposition, but explained that it would be impractical to have five agents in each polling station.

The decision to meet with NASA comes as a team of representatives picked by all the presidential candidates leaves for Dubai today to witness the printing of ballot papers by Al-Ghurair Printing and Publishing LLC.

NASA has been defiant about using its 'adopt a polling station' strategy, which will see the political alliance deploy five agents in each of the 40,883 polling stations across the country.

Acting Interior Cabinet Secretary Fred Matiang'i on Friday maintained that only officials accredited by IEBC would be allowed in the polling stations.

But Dr Kurgat told members of the clergy and elders that there was a need for dialogue.

"We will have a forum with them and appeal for understanding on the number of agents that can be sent to each polling station," he said. [Daniel Psirmoi and Jacob Ngetich]

Poll body ordered to include running mates photos on ballot papers
Ballot papers will have to be bigger or the details on them, including the box to tick will be smaller in order to accommodate the new faces.
National
By Kamau Muthoni
10 hours ago

Wanjigi asks court to bar IEBC from printing ballot papers
Jimi Wanjigi argues that the commission failed to include his name for the presidential contest despite meeting all the requirements.
Politics
By Kamau Muthoni
10 hours ago 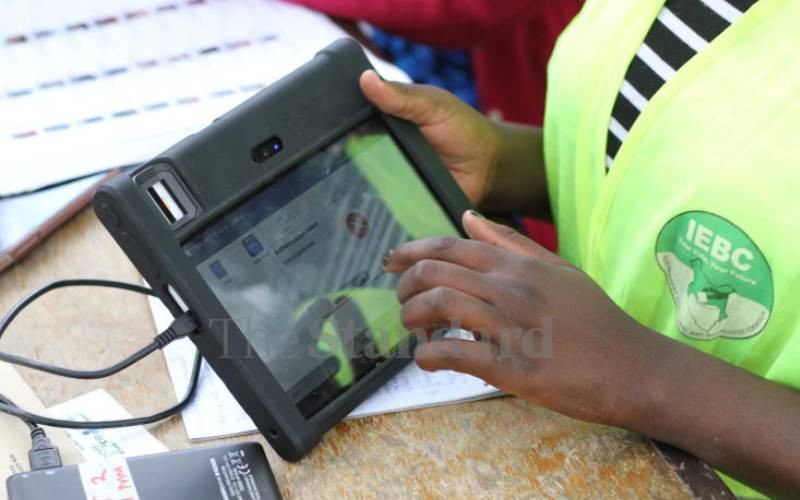 Debate over manual or electronic registers use on voting day continues to haunt elections body
The method the IEBC uses to identify voters before they are allowed to cast their ballots, and the results transmission at the end of polling, have been contentious issues.
National
By Allan Mungai
10 hours ago

List: Demands presidential candidates want met in August polls
The meeting sought to examine the voter's register and the commission's readiness for the elections.
Politics
By David Njaaga
18 hours ago
.