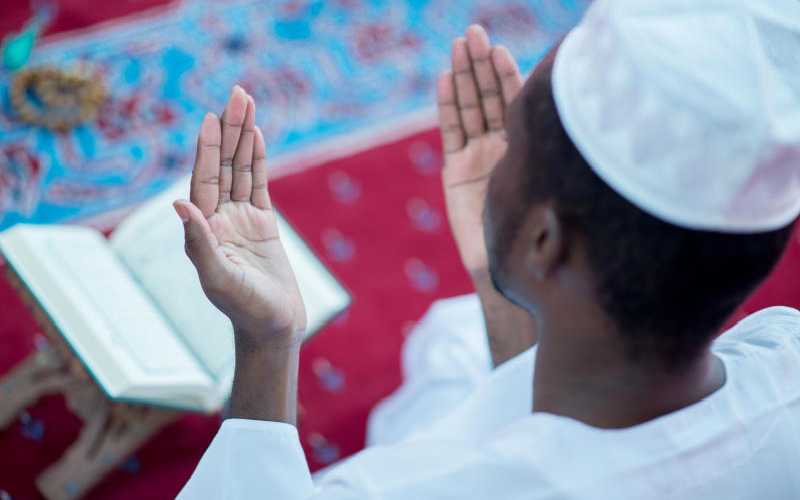 There is no new truth I am about to divulge. My recent epiphany is something I am sure plenty of people have experienced before me and more will too, in years to come.

As a Muslim, African female student who studied medicine in Central Europe, I went through the “new normal” of the times – suspicion, circumspection and near ridicule.

Being a young female student in foreign land has its own set of problems; but being an African and a Muslim is a different thing altogether. While on a road trip in Budapest with a few (non-Muslim) friends, I took time to pray and a random elderly woman passing by with a grandson saw me in supplication, pointed at me and posed; “what’s the dark girl doing?”

Quite the one used to stares, whispers and pointing, I didn’t think much of it. Until she zoomed into my session, with both camera and mouth.

Apparently, I wasn’t supposed to be praying publicly in her country. Her grandson who’d tipped her off was still puzzled and just staring blankly at me.

Coming from a rather large family, I know all too well how children can be embarrassingly open with their curiosity and so I took no offence with what he’d asked his grandmother.

But I was intrigued at how those who ought to know better are missing the opportunity to make the world an open, more accommodating place for all of us.

When I tried to save the day by walking out on both my prayer and the confrontation, my friends stood their ground: “NO! You must finish your prayer as intended. Don’t let her harass you, we’ll block you from her view.”

They were more furious than I. Of course, I was put off – I was not praying for the sky to fall on anyone – but the teachings of the Holy Quran counselled me: “The faithful slaves of The Beneficent are they who walk upon the earth modestly, and when the foolish ones address them, they answer: Peace.” (Ch. 25, V. 63). My feeling was that it would be more beneficial to leave her with food for thought, in the anti-climax of “okay".

Perhaps she would begin to come to terms with the truth that Islam is all about peace, not confrontation. By denying her video the sensation she hoped to obtain online, she may introspect and find out the spring of her misunderstanding.

Again, at the airport, five days later, and three days after the Brussels airport attack, my father was coming to visit me during my semester spring break.

I was just another student waiting to meet a loved one, like everyone else at the arrivals section. But not really, according to two men who unashamedly snapped photos of me in plain sight; further attracting more attention on me from security officials.

Finding myself essentially surrounded, we had a brief face-off at some point as they stared at me, guns semi-pointed and prowling around me, as I casually surfed my phone. The tension was indescribable.

I felt quite humiliated at having my own special mini army assigned to me for eight short minutes. In all fairness, I did not go to Europe thinking all would be well or easy. I also respect the fact that some may have been doing their job to protect the people, including myself.

However, they too must understand that we come in peace. The kind of attention I and the people of my faith get out there is quite distressing and required a whole range of fortitude and benevolence to withstand. And yet, all that we have known and learnt is peace. Islam has over a billion practising people and growing every day. These are decent people committed to peace and prosperity of the world, and happiness of the human race.

The heavy baggage that we have to carry around the world; perception of extremism and violence, is quite unnecessary and most unfortunate. More often than not, we are hurt the most when incidents of terrorism happen because besides the loss of friends and loved ones, we feel the repercussions the most.

What has happened in Brussels, London, Nairobi or US in the past has nothing to do with our religion and is not our religion’s doing. The few and misguided acts of terror committed in the name of our religion cannot represent the love and the positive values that we spread to the world on a daily basis.

We can make the world a better place by beginning to appreciate the beautiful mosaic of our identities, and celebrate the innate goodness of each and every one of us; black, brown, Muslim, Christian, etc.

Over and above all these trials and tribulations, I wouldn’t change my belief for the world. The suffering of today is nothing compared to the glory that awaits those who stick to their faith and belief.

Ms Ali, a former medical student in Europe, has just completed internship examination and awaiting a posting by the Ministry of Health

How Muslim burial rites equalise everyone at death