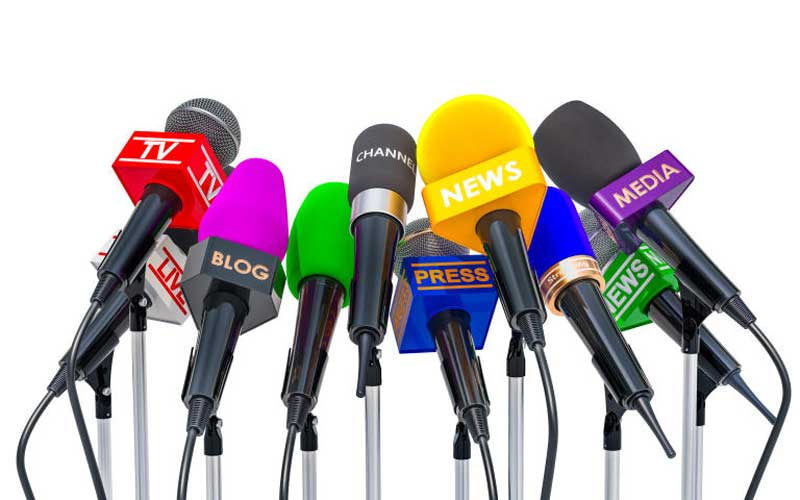 As the coronavirus continues its relentless spread across the world, infecting over a million people and killing tens of thousands, news stories of lockdowns, social distancing and overwhelmed hospitals have been making the headlines just about everywhere.

Newsrooms have been working overtime to keep the communities they serve updated. Audiences have surged. Apart from news reports, people are turning to analysis and commentaries, videos and explainers, to help them make sense of the fast-evolving and far-reaching crisis.

Amid the welter of information swirling about on social media, professional newsrooms which have long invested in building expertise, have been meeting the public’s hunger for objective reporting, based on journalists speaking to informed sources, providing context and perspective, drawing on historical knowledge and institutional memory.

These have also helped inoculate communities against that other virus that is on the rampage - fake news - which is sowing anxiety and confusion, as well as undermining the public’s trust in the reliability of information they receive at this critical time.

Amid all of these, some reporters have succumbed to the virus while on the job. Some newsrooms have had to evacuate hurriedly, with staff rushing home, laptops in hand, to try to keep their platforms updated and the presses rolling.

But here’s the heart-breaking news: Among the victims in the intensive care unit, gasping for breath, are some of the media organisations themselves, alongside many others from sectors that have also been hard hit, from aviation to retail.

Several, especially local and vernacular titles, might not be able to meet their financial commitments, or even pay staff salaries, in the months ahead.

Advertising is drying up, plunging by between 30 per cent and 80 per cent, according to a recent survey by the World Association of News Publishers. Revenues from media-related events, a new and growing source of funds, have also plunged, as social distancing measures are put in place.

Many newsrooms, including The Standard Group PLC, have also made content on the pandemic freely available, as a public service, thereby constraining their ability to grow revenues from subscriptions.

The upshot of this is both ironic and tragic: At a time when audiences are turning increasingly to established media titles, as recent surveys have shown, newsrooms are seeing their resources gutted, and some are even being shut.

In the United States, Gannett, the largest American newspaper chain, announced last week plans to cut salaries and lay-off some staff temporarily, while Rupert Murdoch’s News Corp has said it will stop print editions of 60 newspapers in Australia, with similar measures being taken in the United Kingdom and elsewhere.

This has heightened concerns about the emergence of “news deserts” - communities with no access to local government and community news as media groups cease to exist there.

There is also much angst over “ghost newsrooms”, titles which are snapped up by investors as they are still profitable, who then slash their reporting capabilities to boost margins, resulting in a lack of resources to produce local, original or independent content.

The implications of these developments for society are grave. At a time when communities are most in need of critical information, many newsrooms are increasingly hampered and finding it harder to deliver on their mission.

This has led the WHO to warn of a coming “infodemic”, with misinformation spreading and undermining public trust at a crucial time.

To be sure, the financial struggles faced by newsrooms is hardly news. Oxford historian Timothy Garton Ash pointed to this in a keynote address at the St Gallen Symposium in Switzerland in May 2017.

He said: “Very simply, the Internet is destroying the business model of newspapers. For at least two centuries, we have had a public good - news, the information we need for democracy - delivered by private means…People would pay for a newspaper and (there was also) advertising revenue. The Internet has just knocked away both these pillars. So the newspapers produce the information. Facebook and Google get the profit.

“And this has a very negative effect on the newspapers on which we have relied for our news...The amount of serious news, investigative journalism and foreign reporting is going down because that’s expensive.

“This is a real problem for the journalism we need for democracy.”

Covid-19, however, has mercilessly compounded this challenge and hastened both the shift to digital and the plunge in advertising.

So, is there an antidote to the virus-induced media malaise? Among the proposals that media leaders have been making to their stakeholders are:

- Declaring the media an essential service: To enable journalists to go about their jobs during lockdowns, keeping newsrooms functioning and news agents running;

- Granting financial assistance: These include tax breaks or holidays, short-term loans and wage subsidies to help newsrooms pay their staff and bills in the face of falling revenues. Denmark has set up a Euro 25 million fund which will grant news outlets that have recently seen revenues fall by between 30 per cent and 50 per cent relief of up to 60 per cent of their losses, while in Lithuania, state subsidies are also given for critical infrastructure such as broadcasting and printing facilities;

- Giving tax incentives for advertisers and subscribers: In Italy, advertisers are given tax deductions of 30 per cent of their spending in newspapers and online, while Canada allows subscribers to news titles to claim tax relief;

- Stepping up government advertising: Public education campaigns tied to the pandemic can help make up for the fall in private advertising;

- Making Big Tech pay: Technology platforms should be pressed, as France has done, to make more meaningful contributions to the news outlets they rely on for content.

While these steps might see media groups through the crisis, they are not without risks. Not least of which is the damage that could be done to the credibility of the media if it becomes overly dependent on state funding. This is especially a concern in societies with painful experiences of governments seeking to muzzle the media, through cuts in funding and advertising, shutdowns of newsrooms and arrests of journalists.

To safeguard against this, beyond the crisis, new business models will also have to be fashioned to ensure the media remains viable and sustainable for the long haul.

Various experiments are underway. While some big players like New York Times and Financial Times are growing subscription revenues from readers, others such as the Washington Post, the South China Morning Post and Los Angeles Times, have been bought by wealthy business leaders, who have given these newsrooms a boost, by investing in journalism and technology.

Elsewhere, media groups have been given mandates by the state, with funding for public service broadcasts and journalism, as in France, Britain and the Scandinavian countries.

Some newsrooms have opted to be public trusts or not-for-profit companies, with a mission to provide public service journalism, such as the Guardian in the UK, and The Philadelphia Inquirer and The Salt Lake Tribune in the US, and also Japan’s Nikkei group.

Which of these models works best remains unclear; nor perhaps is there likely to be one model that works for all, given the very different political histories and cultures that newsrooms operate in around the world.

People  will need to make sense of developments unfolding around them as well as to figure out the way forward.  To do so, they will need news organisations they consider credible, which they can rely on, and trust.

Mr Fernandez is President of the World Editors Forum, a network of editors that is part of the World Association of Newspapers and Publishers

The Newsroom:How the media covered top stories during the week [Part 3] 3rd February 2016

Descriptive grammar is not overly influenced by set rules; there is neither right nor wrong language