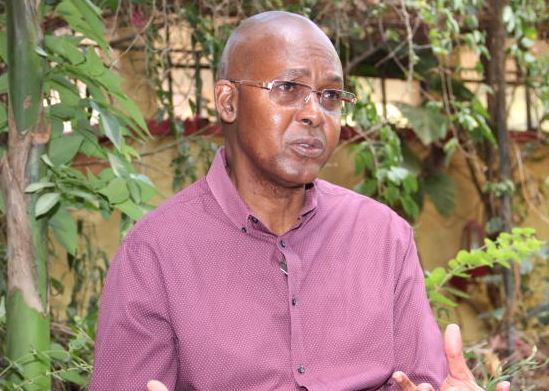 Several prominent Coast politicians who were left out in the cold after losing in the last General Election are plotting a political comeback in 2022.

Former governors John Mruttu (pictured- Taita Taveta), Issa Timamy (Lamu) and Hussein Dado (Tana River) are among the region’s political giants who lost in the 2017 elections and are crafting a comeback.

In Mombasa, businessman Suleiman Shahbal, who has twice come second to governor Hassan Joho in the gubernatorial contest, has started preparations for the seat after he closed ranks with the governor.

“Shahbal is establishing a huge local and national coalition to propel him to power. We have started to move to the ground,” said Mr Idris, Shahbal’s chief strategist.

He said Shahbal has struck a cordial relationship with Joho and several current MPs which is part of his plan to form a coalition with all the political factions in the county.

Buoyed by the win by Deputy President William Ruto’s camp in Msambweni by-election recently, former Mombasa senator and 2017 Joho challenger Hassan Omar is also oiling his campaign machine in the county. He came third after Joho and Shahbal in the last General Election.

Cabinet Secretary Najib Balala is also likely to make a comeback in the 2022 polls after taking a break from politics after he lost the Mombasa senatorial race to Omar in 2013.

In Taita Taveta, Mr Mruttu has joined Dr Ruto’s bandwagon and is currently setting up his campaign team.

In the Ruto camp, Mruttu is expected to face off with Mr Mwazo and lawyer Stephen Mwakesi, both of whom have declared their interest to run for the county’s governorship.

In December 2020, during a meeting at Lumi Community Wildlife Sanctuary in Mwatate, the DP reportedly instructed the three to hold talks and agree on who among them would face Mr Samboja, who says he is confident of winning again next year.

“I beat them in 2017 and I will do the same next year,” said Samboja, who in the recent days has embarked on a rigorous tour of the county, meeting various groups.

The governor has also been meeting women leaders in each of the 20 electoral wards at his Werugha and Voi residences.

The governor has also been launching water, education and health projects, mobilising and financing women, the youth and groups of people living with disabilities.

Ms Kadenge, a Mombasa-based lawyer from Taveta, said Samboja’s political star has been rising but his failure to end health workers’ strike had left a dent on his administration.

“His brushing shoulders with President Kenyatta and Baba (Raila), including some top ODM officials, has made him very strong, brave, determined and difficult to defeat,” said Thomas Nyambu Njumwa, a Samboja key ally.

The governor, he said, had emerged as Raila’s point man and promoter of the handshake between President Kenyatta and Raila. He is also the Building Bridges Initiative in the region.

“More aspirants are coming out. For Samboja, his performance will be measured against that of the former governor Mruttu,” said the Kabarak University lecturer.

In Tana River, Hussein Dado, Chief Administrative Secretary in the Interior ministry, who lost to ODM’s Samuel Dhadho Godana, is also said to be plotting a comeback. But the seat has also attracted former Garsen MP Ibrahim Ahmed Sane.

“Yes, Dado has been campaigning here in my kingdom. His appointment as the CAS has not stopped him,” said Kesi Wario, the “king” of the Munyaya tribe in Tana River.

Mr Sane said in past elections in the county, there has been negotiated democracy where elders sit down and agree on who to run, but nowadays the electorate interrogates the candidates’ development record.

“I will rise above tribal formations and run issue-based campaign. I’ll focus on cohesion, security and development,” said Sane, adding he would incorporate all tribes.

Mr Mwakwere contested the gubernatorial seat in 2017 and lost to Jubilee’s Mvurya who garnered 119,680 votes against Mwakwere’s 29,741 votes and Issa Chipera of ODM got 27,727 votes.

In 2013, Mwakwere, a former Cabinet Minister and Matuga MP, faced off with the late Juma Boy Juma for the Kwale senatorial seat but lost.

Kwale County Assembly Speaker Sammy Ruwa, who challenged Governor Salim Mvurya on an independent ticket in 2017, has also declared he would be in the race in the next elections.

Former Lamu governor Timamy, a prominent lawyer, is also expected to face the incumbent Fahim Twaha in the 2022 polls.

Yesterday, Timamy held a rally at Mkunguni ground in Lamu where he declared that he would vie for the Governorship post in the next election. He also drummed up support for the BBI Bill.

“I’m ready to come back and complete my projects. It is time to liberate Lamu,” he declared. He will face off with the incumbent Fahim Twaha of Jubilee.

He has been a staunch supporter of Amani National Congress leader Musalia Mudavadi.

Fairy tales can come true, but you must know the right people

Nyamlondo, her fable went, walked into the Kenya Medical Supplies Authority offices promising to deliver facemasks at an inflated cost

The William Ruto many don’t know

For the first time, those who know and have closely worked with Deputy President William Ruto have freely or in confidence talked about his qualities.

By Weldon Kipkemoi | 4 days ago