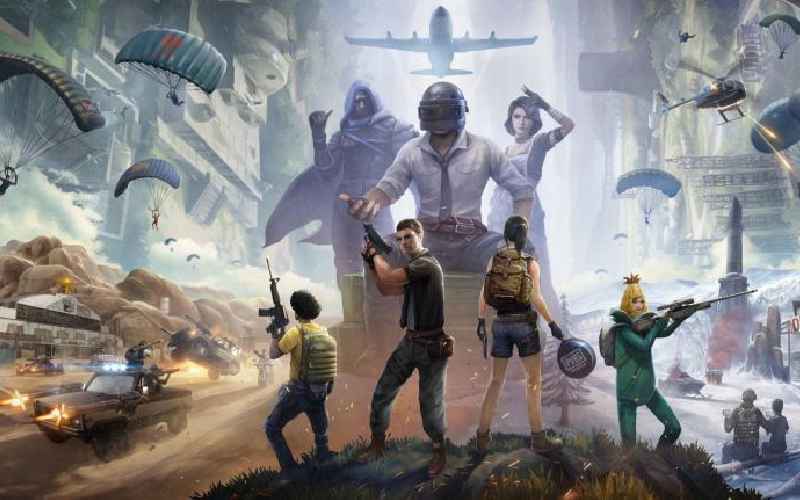 A lot of children are now turning to gaming as they grow and become more tech aware. But the main concern for parents is whether or not they must purchase expensive consoles for their children.

However, this should not be the case because even PCs and smartphones are capable of performing the task.

In the gaming world, video games like Fortnite, Apex Legends, and PlayerUnknown’s Battlegrounds (PUBG) have become household names and children have found themselves playing either one or all the titles.

A battle royale game is an online multiplayer video game genre that blends last-man-standing gameplay with the survival, exploration and scavenging elements of a survival game. In each match, the goal is to be the last player or team standing by eliminating all other opponents.

There are many other battle royale titles that you might want to check. Here, we have compiled some of the best in the market.

Based on the original PUBG: Battlegrounds, PUBG Mobile is one of the original battle-royal games you can download on your phone. It is also massively popular, with billions of players worldwide.

On PUBG Mobile you can play solo, with a partner or a squad of four. This game features six maps, allowing players to explore new areas and apply different tactics. While in the ranked mode, you are ranked among other players with the same skills as you.

This entry is based on the popular Call of Duty franchise and incorporates various characters from the main game.

This enables you to play characters such as Captain Price, Ghost, Makarov, David Mason and Reznov.

The battle royale mode has two maps: Isolated and Black Out, both of which run 30 minutes. But you can still play a multiplayer match instead, which runs for three minutes.

Some modes include; Frontline, Deathmatch, Domination, Hardpoint, and Search & Destroy as well as Gunfight and Secondary School.

This is also another title that is massively played. Although you might be forced to use a third-party installer to download and install the game, it is still worth the shot.

The capacity of players to set up constructions is what distinguishes this game.

Players can demolish elements in their environment, which will then drop construction materials. They can then gather resources such as wood, stone, and metal to construct ramps, floors, walls, and roofs.

To get more creative, players can construct maps in ‘Fortnite Creative’ and combat with their friends on them.

They can even share it with the rest of the Fortnite community, and if it is distinctive enough, it may be shown in the game’s main lobby.

This game bears similar characteristics to Fortnite since it normally dwells on destructible buildings and the ability to build them. Here, you can team up with up to five people, which is one more than the typical battle royale game.

The game has a twist whereby the gamer is allowed to bring a pet with them. The pets bring additional buffs and perks as you level it up. One is also allowed to customise their quick-build function to help you build your forts faster.

This game is a multiplayer battle royale genre, similar to the movie Hunger Games, just like the PC version.

Before exploring other areas, players will need to scavenge for weapons and armour. It is impossible to be safe anywhere without firearms when everyone is running around at the same time.

If you wish to live, running away from the adversary has never been humiliating.

Each match lasts around three to five minutes, and you are only pitted against less than 20 opponents.

The game is pretty simple too. Just pick up weapons and shoot your enemies.