For the record, pigs are clean animals, give them food that you would feed on 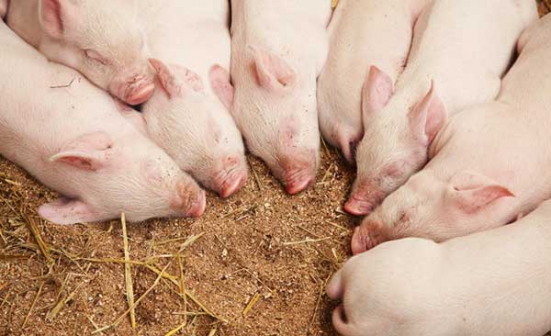 There is a myth that pigs are squalid animals, justifying a falsehood that they should be fed on dirty and rejected foodstuff.

This could never be any further from the truth - pigs are clean animals. Anyone who has ever visited a pig sty must have observed that pigs never mix their waste with their feed.

They will always defecate at the furthest corner from the feeding area unlike other animals that normally drop their faeces or urine on their feeds even during the very feeding time.

Most farmers take pigs for a live dumping site. Anything can be thrown into the pig sty and the swine will be glad to consume.

Is there anything I cannot feed to my pigs? is one of the questions I am frequently asked. Most farmers feed their pigs on anything and everything meant for the compost pit, oblivious of the dangers they are exposing their stock to.

There are readily available commercially manufactured pig feeds in the market made from cereals, vegetables, fruits, and mineral ingredients.

Like in other animals, pig feeds are also classified into starter, grower, sow, weaner and finisher. Few farmers use these commercial feeds and prefer traditional feeding regimes that include hotel remnants and brewery waste occasionally supplemented with locally available feeds.

This is commonly known as swill feeding regime and it has its fair share of disadvantages.

Swill will typically contain products of animal origin like meat, blood, bones and other carcasses or any food stuff that has come into contact with meat, meat product or meat by-products, food scraps from processing outlets or dump sites.

While swill is used in most developing countries, it is banned in Australia and cannot be fed to any livestock. Pigs are omnivores, single stomached animals just like man. A man should therefore be ready to eat what pigs eat. This should be strictly observed by farmers practising swill feeding. The feed must be clean and free of any contaminants.

There are few animal materials that can be fed to pigs. Blood, bone meal, fish meal and meat meal are examples of this. But they must be clean and free of any form of contamination. In 2001, an outbreak of foot and mouth disease in the UK was traced back to pigs fed on meat waste.

Pigs are non-ruminants and cannot handle a lot of fibre unlike ruminants. They don’t have fibre digesting enzymes and rely on micro-organisms in their guts to digest fibre but on a small scale. Typically, pigs will do with two to three meals and five to 10 litres of water daily.

What not to feed your pig on

If you are using hotel remnants, don’t feed your pigs on any meat products, and byproducts or table scraps without proper screening and cooking. If these hotel residues aren’t screened thoroughly, they may contain fish bones, tooth picks and sharp bones which can cause injuries to the digestive system. Worst still, they can be a source of serious infections to the pigs and other animals. Food waste is very favourable for bacterial growth. That is why screening is important.

Swill containing meat or having been in contact with meat should be boiled before being fed to pigs.

But even with such treatment, the swill can still harbor disease causing micro-organisms resistant to heat. Some of the diseases that can be spread through swill are swine fever, foot and mouth and mad cow disease.

Any carcass or part of a carcass of any mammal isn’t recommended as pig feed. Pigs that feed on carcass are at risk of contracting food borne diseases, some which they can spread to man. Poultry droppings and human and animal waste should never be fed to pigs.

Feeding pigs on human and animal waste can cause salmonella infection which is a fatal disease in pigs, especially at the weaning stage.

There are traditional feeds which can be used in pig production with very little, if any, supplementation from commercial feeds. If using this traditional feeding regime, ensure composition meets daily maintenance, growth and reproduction by having enough energy, protein, mineral and vitamins. These local feeds are listed below:

Rice Bran: This is a byproduct of rice milling and is rich in carbohydrates and proteins. It contains a lot of roughage that aid in digestion. However, rice bran should not be kept for long as it is prone to mold growth.

Maize: Good for pigs and has very high carbohydrate content but it is low in proteins and minerals. To improve digestibility, the seeds can be ground or boiled before feeding them to pigs. Care should be taken in finishing pigs diet as excess of it can cause fat. Poor storage of maize can result in mycotoxin contamination.

Although soybeans are rich in protein, raw beans contain some anti-nutritive factors that impair protein digestion and irritation in piglets. These factors can be inactivated through boiling.

Fish meal: This is the richest source of proteins, vitamins and minerals for pigs. This can be made from whole fish that have been deboned or clean fish trimmings which are by-products of human food production.

Fruits and vegetables: Papaya, avocado, pears, water melon, pumpkins and ripe or green bananas, sweet potato vines, sukuma wiki and cabbages either whole or damaged during transportation, storage and handling can be used as supplementary feeds for pigs. These fruits should be clean and fresh.

Roots and tubers: Potatoes and cassavas provide an excellent source energy, proteins and minerals. Boiling increases their digestibility by inactivating anti-nutritive factors present in raw potatoes. The major concern in using cassava as pig feed is its cyanide content. However, sun drying or ensiling considerably reduces the cyanide content.

Forage: Lucerne and alfafa can be used as a fodder for pigs. They have a high protein content, are palatable and digestible.

Weeds: The pig can put to good use a number of weeds like water hyacinth which cannot be fed to cattle and goats as feeds. Water hyacinth has been shown to economically reduce feed intake in pigs by up to six per cent.