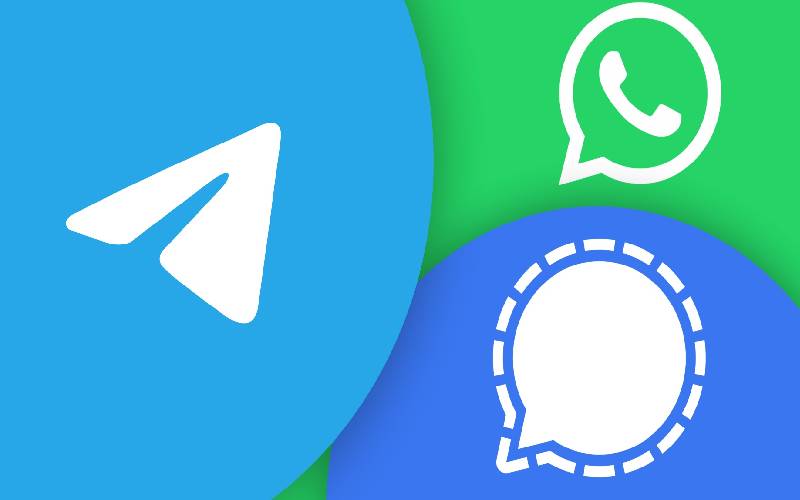 In the expected changes are details of what will be shared on Facebook, including account registration details like one’s phone number, transaction data, service-related information, information on how you interact with others (including businesses) when using Whatsapp Services, mobile device information and your IP address.

WhatsApp, a free messaging application available for Android and other smartphones, gained popularity in 2010.

The application offers mobile users the convenience of voice and video calls, free chats enabled by internet connection as well as easy sharing of photographs and other documents.

Signal Messenger is a software similar to WhatsApp which allows one-on-one messages, group messages and sharing of https://cdn.standardmedia.co.ke/images and files. The app was founded in 2018 and already has more than 20 million active monthly users.

Ms Oware is not alone, there has been a switch to Signal by social media users wary of the new changes.

“I feel that Signal is a lot more secure than WhatsApp because while setting it up, the application prompts you to answer many security questions. This is a huge contrast with WhatApp which only requires your phone number. The only inconvenience at the moment is that not enough people have moved, so the network reach is limited. I hope my friends can make the move quickly so that our usual communication may continue,” she says.

Collins Kithinji, a car salesman in Mombasa, believes Signal will be a good alternative to WhatsApp.

“It’s not fair for Whatsapp to share our data and contacts, how can we know for sure that they are not monitoring even our private conversations?” said Mr Kithinji.

Already, he is communicating with friends and family in the US through Signal.

The WhatsApp status allows users to put up temporary posts that disappear within 24 hours to ensure constant interaction.

Telegram is another app benefiting from the exodus from WhatsApp.

Telegram boasts of heavy encryption and self-destructing mesages. It was founded in 2013 and has more than 400 million active users.

Forbes has weighed in on the debate on which is better between WhatsApp and Signal.

According to Forbes, a move from WhatsApp to Telgram is regressive, and will not improve the social media user’s experience or privacy.