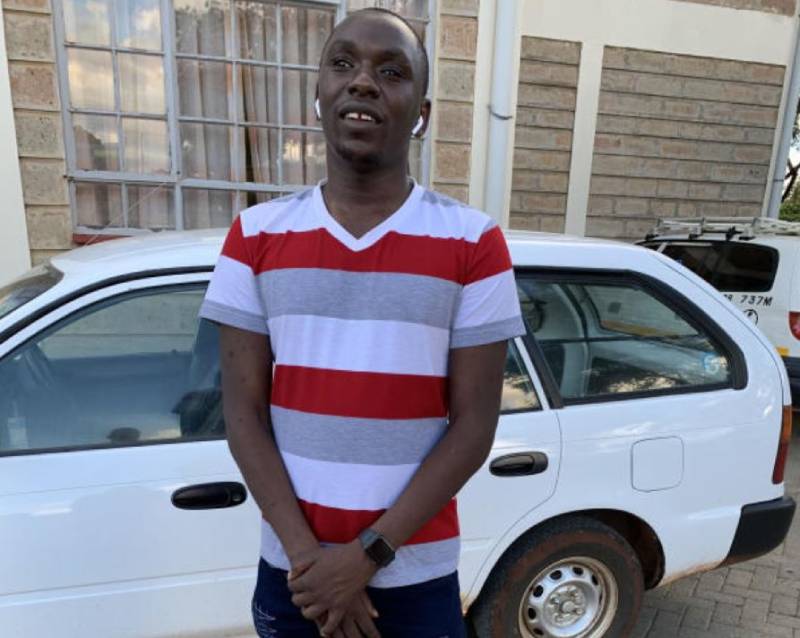 When Moses Gitari (pictured) mysteriously lost his sight at the age of 17, he struggled to adjust to life in darkness as a visually impaired person.

Unable to see, Gitari quickly learned how challenging life could become. Some of the problems he encountered were more difficult to overcome. He had to depend on others to know the value of different denominations of paper money. Often he was duped by dishonest shopkeepers and matatu conductors, who returned him less change.

“I once went to a shop in Kikuyu. I had a Sh1,000 note and other notes in my pocket. I handed it to the shopkeeper and asked him how much it was. He lied that it was Sh500. I bought an item worth Sh100 and was given Sh400 change. I realised much later that I had given him Sh1,000,” Gitari told The Standard.

While the new Kenya currency was touted to be usable by the blind, Gitari says it is challenging, especially when it is an old note. It has complicated Gitari's life.

How the University of Nairobi came into being

Many currencies around the world have tangible marks on the edges or at corners of their notes to enable people with visual challenges to detect the value of each note. Whereas the Kenyan currency has such features, Gitari says detecting it is harder.

"The government said blind people would be able to tell the value of the new notes, but it is not true. They just varied the size and colour of the notes according to the denominations, so a totally blind person cannot tell the difference," Gitari says.

These unsavory encounters inspired Gitari to find technology that could help the blind tell the value of money without relying on others.

Believing that there was a solution to every problem, Gitari, then a second-year student pursuing a Bachelor of Education in Linguistics and Literature at the University of Nairobi, started researching on assistive technology that could aid the blind and other visually impaired to differentiate currency notes.

In 2018, Gitari's research led him to Cash Reader, a mobile application created by Tomas Jelinek and Martin Doudera, developers from the Czech Republic.

Cash Reader is a money identifier application that helps the visually impaired, including those who are totally blind, to identify the value of money. It detects the value of a note and reads it out to the person or vibrating the value if the phone is on silent mode.

At the time, Cash Reader could identify limited currencies, many of them European. However, after Gitari teamed up with the developers of Cash Reader, he has brought the application to Kenya and 14 other African countries.

Gitari has further collected the currencies from more than a dozen African countries and integrated them into the application, enabling thousands of visually impaired people across the continent to easily determine the real value of notes they have.

"It covers 75 per cent of the world, including 15 African countries," says Jelinek.

While such applications exist in other parts of the world, they are often limited to certain currencies and regions. Cash Reader, however, is the first money identification software for the visually challenged in Kenya and Africa.

“Gitari has been instrumental in adding African currencies to the app,” Jelinek tells The Standard.

However, Gitari says, obtaining other African currencies to bond it to the app is difficult since it is illegal to send banknotes from one country to another.

Therefore, to integrate the currencies into the app, Gitari had to search for the banknotes and take thousands of photos and videos.

Gitari is, however, determined to integrate all African currencies in the app, so visually impaired people can have an easier time identifying money in their circulation.

The App helps the visually impaired to identify the value of the notes by placing them in the view of the camera.

“It doesn’t matter which way you use it, even if you show just a small portion of the note to the camera, it will work," Gitari says, noting that it is easy to use for all visually impaired people.

The application is free in some countries, where the app developers were able to obtain sponsors.

In Kenya, however, the application costs Sh1,700 for iPhone users and Sh1,300 for Android for lifetime usage. Users can alternatively subscribe to monthly or yearly packages, or use a 14-day free trial.

The application can also identify money under different lighting conditions, even at night, and in several local languages, including Swahili.

Cash Reader can also work on any smartphone using early Android versions to the recent and advanced phones.

"Many people have been liberated. They no longer need to worry about identifying money," said Gitari, who is now pursuing a Masters of Education Arts in Linguistics and Literature.

Airline failed to honour compensation for an employee who was unlawfully sacked.