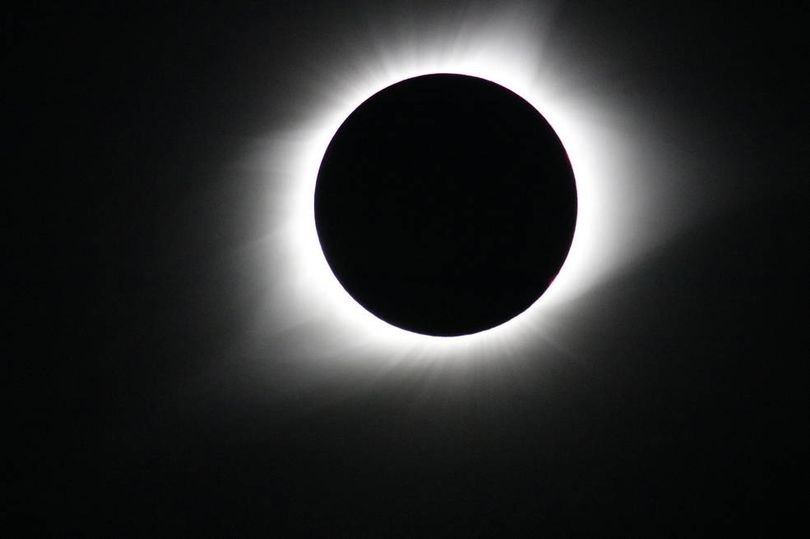 It is an astronomical event that only happens once every 18 months or so, but tonight a Total Solar Eclipse will appear for some lucky people.

A total solar eclipse occurs when the moon moves between the sun and Earth, blocking the light of the sun from reaching our planet.

Sadly, a total solar eclipse is only visible from a small area at the centre of the moon’s shadow when it hits Earth.

For those of us in the Northern Hemisphere, this means that this Total Eclipse won’t be visible.

However, people in the ‘Path of Totality’ will be lucky enough to experience the event, during which the sky will become very dark, and then sun will momentarily be blocked out by the moon.

To help you understand whether or not you’ll be able to see it, NASA has created an interactive Path of Totality map.

The map features a red and blue arc, which reveals the Path of Totality.

NASA explained: “The northern and southern path limits are blue and the central line is red. You must be somewhere within the central path (between the blue lines) to see the total phase of the eclipse.

“The eclipse is longest on the central line (red). The yellow lines crossing the path indicate the time and position of maximum eclipse at 10-minute intervals.”

NASA added: “This is the location where the total eclipse lasts the longest along the entire path. In this case, the Greatest Duration is 04m32.8s.”

If you do not live in the Path of Totality but still want to watch the Total Solar Eclipse, thankfully NASA has you covered.

The space agency is hosting a live stream of the event.

Collymore Legacy: Corporate leadership is more about software than hardware

It was an honour to be among the team that was working on the Safaricom account and of course led by the experienced Gina Din-Kariuki.

By Thomson Reuters Foundation | 21 days ago