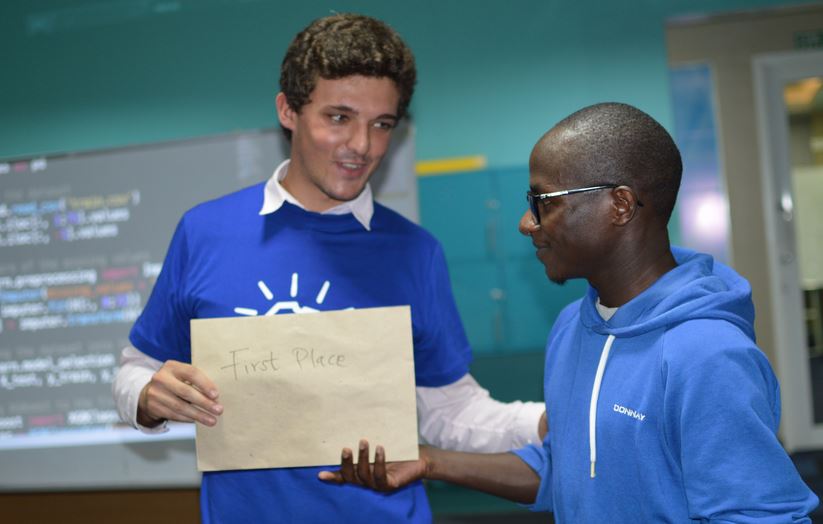 NAIROBI, KENYA: After hours of an exhausting battle, Allan Chepkoy beat the odds to create the best statistical model to predict who is likely to be suffering from depression. He is the 2018 grand winner of Busara Center for Behavioral Economics first annual data hackathon competition held in Nairobi.

Chepkoy says that “Today I can say that I am Sh 20,000 richer, feel great especially after long hours of sitting in the house teaching myself how to be a machine learning engineer. My learning curve has been very steep and winning justifies the hard work and perseverance I put. It validates the adage that anyone can do anything.”

The hackathons competition had attracted 70 attendees who competed in teams to find the best statistical model to predict who is likely to be suffering from depression from a sample of thousands of households in rural Nyanza.

Busara Center for Behavioral Economics -a local based research company organized the competition to create awareness on how data can play a key role in the health sector especially mental sickness.

Daniel Mellow, Busara Center’s Data Specialist, “Unfortunately, mental health resources are scarce in Kenya and Africa at large. Using machine learning to better target these resources could allocate treatment where it is needed most and improve an untold number of lives. The tech community in Kenya should use their expertise in solving mental health problems, there are a lot of areas where data science can help alleviate problems in health care and mental well-being, so hopefully this event will plant ideas in people's mind for future projects.”

He argues that hackathon and other community events are important in nurturing talents especially in the tech community, such as developers and students who have interest in machine learning.

Participants used data from a 2015 study conducted by the Busara Center in Siaya County, in which over 2800 individuals from 1440 households were surveyed about their family composition, economic activity, financial position and health.

“The information and data we get from such hackathons is invaluable. Going forward we look forward to incorporate more stakeholders in such events so that the learnings we get can have direct impact on the ground,” asserted Alfred Ongere from AI Kenya.

The participants were also asked to take a psychological instrument used to screen for depression. While household surveys are routine and relatively cheap to collect, the screening process for depression is sensitive and needs to be carried out with protocols in place for referring serious cases.

If the machine learning community could find a way to use routine survey data to predict who is at risk of depression, clinicians might be able to save time and energy by going straight to those cases. The cash prize of Sh 50,000 was distributed to the winning teams in the following order: 1st place Sh20,000, second place - Sh10,000, third place Sh7,500. Fourth place Sh5,000 while fifth place received Sh2,500

The World Health Organization estimates that 1.3m Kenyans are suffering from depression, and that Africa has the highest rate of untreated depression of any continent.

Craft policies that can unlock our continent’s economic potential

By The Conversation | 3 days ago

By Graham Kajilwa | 21 days ago