What led to global housing crisis and how to fix it

Housing is a basic human need. But a lack of affordable housing to buy or rent is fuelling a global housing crisis.

By 2025, 1.6 billion people are expected to be affected by the global housing shortage, according to the World Bank.

In most countries, the cost of housing has grown faster than incomes, data from the International Monetary Fund (IMF) shows.

In a study of 200 cities globally, 90 per cent were found to be unaffordable to live in, with the average home costing more than three times the average income.

What has caused the housing crisis?

A shortage of land, lending, labour and materials since the financial crisis in 2008 are the main causes of the US housing shortage, the Moody’s study finds.

This has driven up costs and cut the profit margins builders can make. They have less incentive to build more homes, “particularly lower-priced housing with lower margins,” Moody’s Analytics says.

Covid-19 is considered to have made the housing crisis worse, as buyers and renters looked for more space during lockdowns. Historically low-interest rates in many countries, which make it cheap to borrow money, have fuelled this phenomenon.

What are the impacts of the global housing crisis?

House prices globally have risen at their fastest rate for 40 years as demand has outstripped supply, according to research from financial services firm JP Morgan.

Rents are also soaring. In Europe, for example, rents across all home types have risen 14.5 per cent in the first three months of this year, finds the HousingAnywhere International Rent Index by City.

Rising housing costs mean people have less money to spend on other essentials, like groceries, bills, transport and looking after their families. So it’s harder to get by.

And a quarter live in conditions that are harmful to their health, safety and prosperity.

When housing costs climb, it also pushes up inflation – the price of goods and services – and depresses economic growth, The White House says in a new policy statement on housing.

Lack of affordable housing forces low-income workers to live farther away from their jobs, “requiring long and costly commutes and reducing productivity,” Moody’s Analytics says in its study.

How are governments tackling the housing crisis?

The world needs to build 96,000 new affordable homes every day to house the estimated 3 billion people who will need access to adequate housing by 2030, UN-Habitat says.

The organisation says its advice has helped 43 countries improve their housing policies.

For example, one of its programmes helps countries with urban planning. Countries experiencing huge influxes of migrants and refugees – including Cameroon, Egypt, and Jordan – are among its beneficiaries.

Japan has been very successful in supplying affordable housing, even in big cities, according to the Centre for Cities, a think tank in the United Kingdom. Simple planning laws that encourage development in response to need and favourable property taxes are part of its approach.

In the US, the government is pledging to close America’s housing supply shortage in five years. Its plans include incentives to relax state and local land use laws and regulations that limit housing density. Other plans include introducing new ways to finance housebuilding.

In Scotland, the Scottish Government plans to increase the supply of homes by 2040 through policies including a range of funding mechanisms to build affordable homes.

In India, a new building system that uses low-cost, prefabricated panels made from waste material has been approved by the government and is expected to cut the cost of building homes.

Other initiatives include the development of 3D-printed homes in Africa, Mexico, India, Europe and other regions. 3D printing can produce high-quality homes much more quickly and cheaply than traditional construction.

Next article
Growing global perils as Biden returns to UN 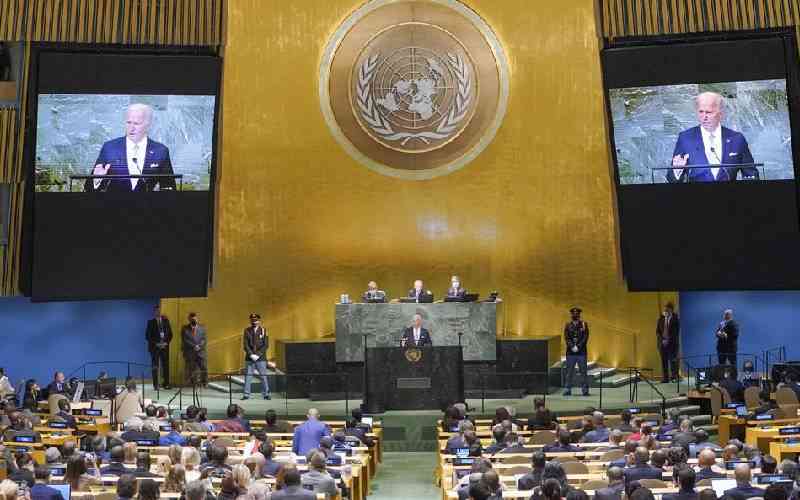