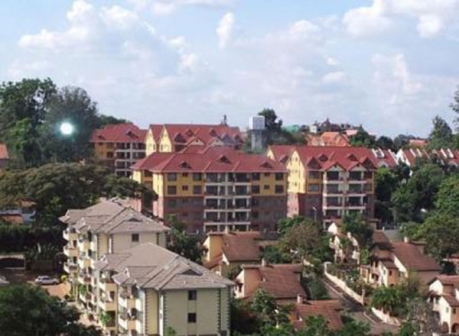 Kilimani has for a long time been an area for the wealthy and counts State House as a neighbour. However, this image is fast losing its allure. A recent visit of the area by Home & Away indicated that the place is changing fast. “For a long time, Kilimani was distinctively urban, largely middle income and reflected the real image of green Nairobi,” says Constant Cap, the executive director of Kilimani Project Foundation.

He says that apart from the change in zoning policy which previously governed the area and only allowed residential property development, the area has been infiltrated by largely low income residents who previously shied away from the area.

Rose Mwihaki a resident from the area who runs a business around Yaya Centre also says that Kilimani’s former glory is slowly being eroded.

“We have strained utilities in this area. There is, for example, no proper sewerage system in place as it used to be, which is made evident by the fact that Kirichwa Kubwa River which used to have clean water is now heavily polluted with raw sewage,” adds Constant.

According to John Musembi, a former planning officer in the city, Kilimani area originally had a small population of about 40,000 people. Today, the number of people living there is in excess of 100,000.

“There has been a continued increase in population in Kilimani with little being done about it,” says John.

“Ten years ago, those who resided in the area had enough space to keep the place green and could maximise use of the available public utilities which is now different as more people move in,” adds Musembi.

On Chaka Road, kiosks and makeshift hotels have mushroomed, and hole-in-the-wall shops are popping up.

The Kilimani project Foundation hopes to change this. “We are engaging the community around and also the local authorities so that we can try and manage businesses like clubs and restaurant to ensure they don’t cause noise or any other form of disturbance to residents,” says Constant.

Musembi says that the change of policy to make the area a mixed use property development has significantly transformed the area making it lose its stature as high rise residential and commercial buildings dot the area.