The industrial revolution is one of the topics taught in our high school history.

Manchester, a city in the English Midlands is cited as the epicentre of this revolution focusing on textiles that used imported cotton, then exported the finished products to all corners of the globe, particularly to the colonies.

Charles Dickens in his book “Hard Times” wrote of “the dark satanic mills” where children worked many hours in unhygienic and dangerous conditions as this revolution transformed Europe.

Labour laws that prohibited child labour were either rudimentary or non-existent.

I set out to seek Manchester’s dark satanic mills last week. It was a three-hour drive from London on highway M40.

The drive was a bit monotonous; England is flat and there isn’t much to see beyond the farmlands and cars on the road.

What we do not have in great highways we make it up with beauty; hills, valleys, mountains, rivers, forests and the Great Rift Valley. Forests are rare in England, but more common in Scotland, which will be my next destination.

I got into Manchester at night but had a drive around. Lots of brick houses and a well-spaced town. I could see smokestacks, a sign that the Industrial Age did not end.

I did see any remnants of the dark satanic mills. One Briton told me the city of Huddersfield has a museum with such mills.

That reminded me that we did not preserve any of the moats that enclosed villages during the Mau Mau war. Driving around Manchester left no doubt that like London, this town has lots of old money.

What Manchester lost in textiles, they have made it up in innovations through their universities such as the University of Manchester and its research on graphene a material that was only isolated in 2004 and led to a Nobel prize in physics awarded to Andre Geim and Konstantin Novoselov.

Cities are known for reinvention, driven by diversity and competition. Manchester is such a city, only second to London.

Beyond graphene, I had a chance to talk to some Britons about the politics of the United Kingdom.

They talked of the spirit of devolution. Beyond Brexit, it seems the four nations that make up the United Kingdom; Northern Ireland, England, Wales and Scotland would love more power devolved.

Is Kenya ahead of them?

Travelling back to London, I noted an uncanny resemblance of British midlands to Limuru minus tea. Big farms are still the norm. How did Britain stop chopping land into small uneconomic units? Sheep and dairying seem to do well in the UK.

Industrialisation still defines Britain with many signs of industrial parks. Going by the “parked highways,” logistics must be a big business in the UK.

The security guard at Etihad Stadium, home of ManCity told me he is a Liverpool supporter but had worked at Etihad for 19 years. How do you interpret that?

Beyond cutting edge research and innovation, Manchester has reinvented itself through football.

No wonder ManCity stadium is named Etihad, after the sponsor, Etihad airlines.

That is money coming to England. There is another stadium, Emirates near London. Do I have to explain who the sponsors are?

A visit to Manchester was a lesson on how our cities can reinvent themselves. They don’t have to follow the Nairobi model. Devolution gave cities and towns a chance to chart their own economic paths.

There is no reason why our towns can’t be leaders in something; agriculture, football, tourism, movies, education (like Oxford and Cambridge) among others.

One thing that caught my attention about English cities and counties is branding. For example; Warwick is the home of Shakespeare.

In Nyeri, there is nothing like a signboard, “Welcome to the home of Baden Powell or Dedan Kimathi or even Mwai Kibaki. “Some counties have done better like “Home of Champions.”

It is also evident that every English city has tourism in mind, a low lying economic fruit. No wonder the UK gets about 40 million tourists. London only gets 20 million tourists a year. We celebrate with 1.5 million in Kenya.

Without any desert, and beautiful country, I am still asking why Britain got colonies. Maybe after the industrial revolution, the Britons were left with plenty of time and wanted something exciting, and colonialism was such an adventure.

Curiously, it’s the citizens of the former colonies that visit the UK to shop, school, enjoy leisure and seek jobs. I found a sizable population of Somalis in Manchester to qualify for a little Eastleigh.

It seems the British pride, espoused by resisting any invasion since 1066 AD has enough admirers.

Finally, some Britons told me that since Brexit, unemployment has dropped. The East Europeans and other nationalities who took their jobs now remain in their home, the reasoning seems to go.

But I doubt if that’s sustainable. Britain is unlikely to resist the allure of diversity with seeding from the Empire and its remnants. Like the US, is that diversity, not her strength? Think of her top football teams.

However, we should not be discouraged by comparison with English cities. London is 2000 years and the modern UK is almost 1000 years old. With confidence, we shall become a modern nation, and in our lifetime.

Next week; The secret of my primary school was unveiled after 69 years in Norfolk. England.

Previous article
We have enough fuel for all Kenyans, Kenya Pipeline Company says 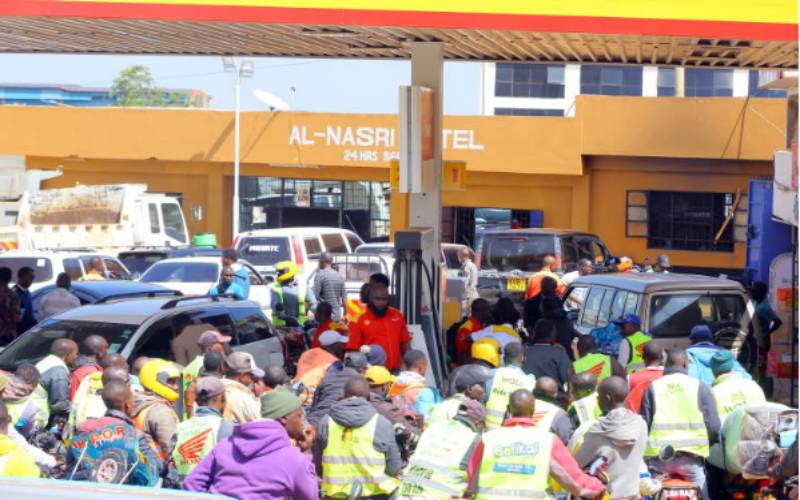 Next article
Premium
Michael Joseph: This is not the Fuliza I wanted at Safaricom