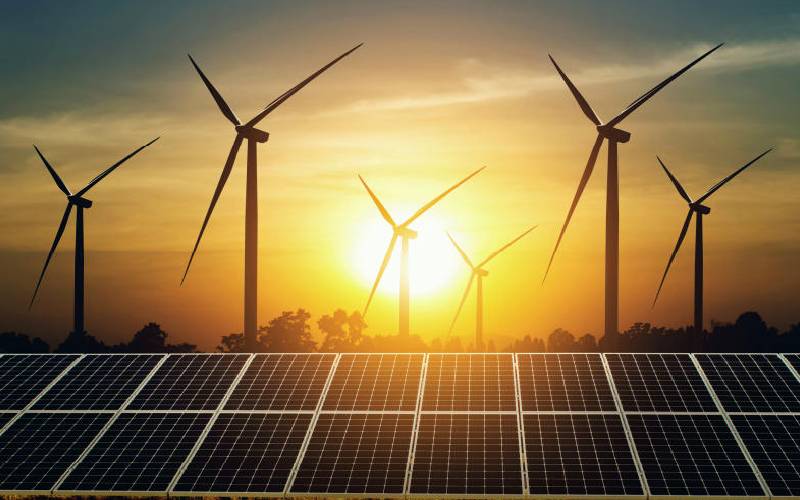 Kenya and three other countries in sub-Saharan Africa could earn as much as Sh30 trillion in investment opportunities in clean energy financing over the next ten years.

This is according to the IFC’s latest report dubbed ‘Ctrl-Alt-Delete: A Green Reboot for Emerging Markets’ that identifies 10 sectors that can support job creation and sustainable growth in 21 emerging economies, including Kenya.

This would help in reducing greenhouse-gas emissions by 46.5 million tonnes by 2030. “Investor appetite remains strong, with auctioned renewable capacity 15 per cent higher between January and October 2020 compared to the same period in 2019,” said the report.

According to the IFC, falling prices of solar, wind and batteries will drive an eleven-fold increase in renewable energy generation globally by 2050.

The continent, noted the report, stands to realise another Sh3.8 trillion in investments towards retrofitting buildings for energy efficiency, and Sh1.9 trillion in developing low-carbon municipal waste and water systems by 2030.

The report comes a day after Treasury released the Budget Policy Statement for the financial year 2021/22, highlighting climate change-related risk as a concern for the economy. “The fiscal implications could be among the most powerful effects of climate change,” said Treasury in its report.

By Brenda Kerubo | 19 hours ago

By Robert Kiplagat | 19 hours ago

State bars millers from importing wheat, prices up to Sh3,700 per bag

By Titus Too and Robert Kiplagat | 19 hours ago