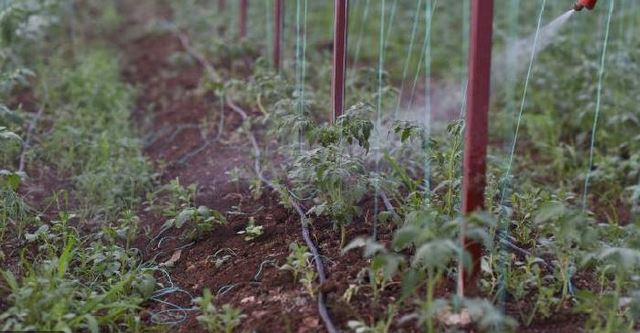 The Agriculture Sector Network (ASNET) has lauded President Uhuru Kenyatta for directing the Kenya Revenue Authority to expedite VAT refunds to businesses. The Presidential directive came as players in the horticulture export industry held a crisis meeting to deliberate on support systems for the sector that faces imminent collapse as the corona virus ravages the global markets infrastructure.
Of the billions the President said the taxman owes businesses in VAT refunds, the horticulture sector is owed in excess of KSh 12 billion, says the Fresh Produce Exporters Associaton of Kenya Chief Executive Officer Hosea Machuki while his counterpart at the Kenya Flower Council  said last week flower farms  are  owed Ksh 9 billion.
“Urgent interventions are required to save the multibillon Kenya horticulture export sector that has been heavily affected by the outbreak of Coronavirus that has locked out global markets to the country’s fresh produce”, said Bimal Kantaria, Co-Chair, ASNET and Managing Director, Elgon Kenya Ltd, an agriculture inputs supplier. .
In addition to the VAT claims, ASNET is pleading for direct cash injection through advances and soft loans to support farms to stay afloat through the difficult financial period.
The flower sector urgently needs the money to support key operations to keep the flowers alive as the growers wait for the Corona virus effect to slow and resumption of normal business. “The sector has contributed billions in tax revenues and a huge amount of forex to the nation, and its time we stood by them”, said Mr Kantaria.
“The industry, a leading foreign exchange earner, is also a mass employer. Last year it brought in KSh 120 billion, supports an estimated eight million people and employs some three million directly and indirectly through the value chain. These jobs and the livelihoods it supports are in jeorpady. Beyond 90 days the sector will crumble leaving in its wake a trail of destruction as one of the word’s most advanced agribusiness sectors collapses”, Mr Kantaria reiterated.
The umbrella organization of industry support bodies held a crisis meeting with the Kenya Flower Council and the Fresh Produce Exporters Association of Kenya, Tuesday, in which the European Union Trade Advisor Mr Martijn Boelen was present, to deliberate on an action plan to salvage the industry.  Mr  Boelen  advised the exporters to build a strong case for possible support since it might  not be a priority to put funds in the farms as focus is on healthcare yet the effects of industry collapse could negative the efforts to keep people healthy if they will be jobless.

“The situation is dire due to the near-total collapse of demand for flowers in the EU and UK”, said Mr Kantaria, adding,” Most farms have sent the bulk of their workforce home and they project if this crisis lasts for more than three months, a large number of the farms will not survive”.  The EU is the largest buyer of Kenya fresh produce.  The bloc is locked as measures are put on the ground to contain the spread of the deadly corona virus that is plaguing the world with no cure in sight yet.