Sons charged in Malindi with forging mother's signature for loan 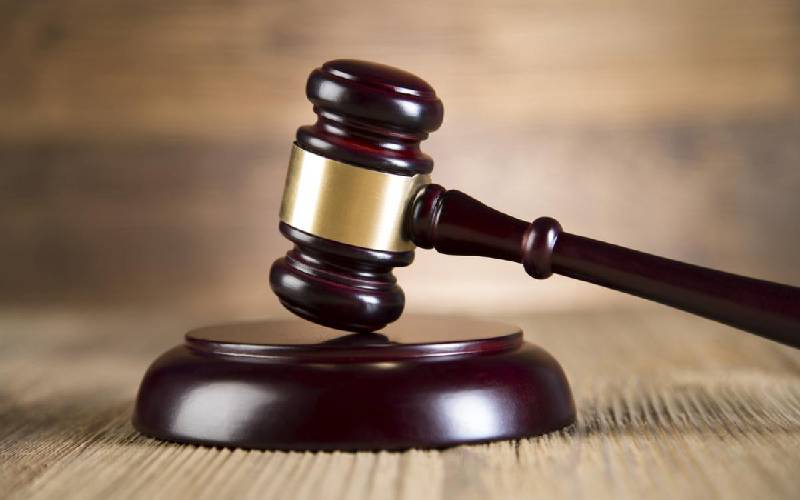 Two brothers were yesterday charged at a Malindi court with forging their mother and sister's documents to obtain bank loans.

The two are also accused of forging their brother's signature.

Aweys Ahmed Mohamed and Zein Amed Mohamed yesterday denied making falsified minutes of a board meeting indicating that their sister, Balwinder Kaur Sagoo, who is a co-director and a majority shareholder of KAAB Investments Limited, was present, a fact they knew to be false or untrue.

Both brothers are directors and shareholders of KAAB Investments Limited.

According to court documents, the offence was committed on January 15, 2014 at Victor Wewe and Associate offices in Hussein Building on Haile Selassie road within Mombasa County.

The two are also accused that at the same advocate’s office, they made minutes of an extraordinary meeting purportedly held on May 26, 2014 at 11am, purporting that Balwinder was present.

The two are also accused of forging the signature of their mother, Fatma Tahir Sheikh Said, on a letter of further charge dated April 14, 2014 for National Bank of Kenya (NBK) to enable them secure a bank loan of Sh149,400,000.

Mr Tauhida runs the family businesses of the late Tahir Sheikh Tahid, a business magnate who owned TSS buses and died in Jan 2017.

They are also accused of forging the signature of Mr Tauhida on Juja Coffee Exporters Limited minutes of March 31, 2014, indicating that he was in the meeting when he was not.

The two denied all the charges before Malindi Principal Magistrate Silvia Wewa and were each released on Sh2 million bond with the alternative of a cash bail of Sh1 million.

The case will be mentioned on June 21.

In a separate case in the same court, Thomas Mulakayi Mukuchea denied conspiracy to defraud Sh133,500 by falsely pretending he was in a position to clear a container at the port of Mombasa.

Equipment worth Sh280m rusts away in Sony grounds

Inside the fraud charges that rocked Kassam’s flashy boat
Feedback