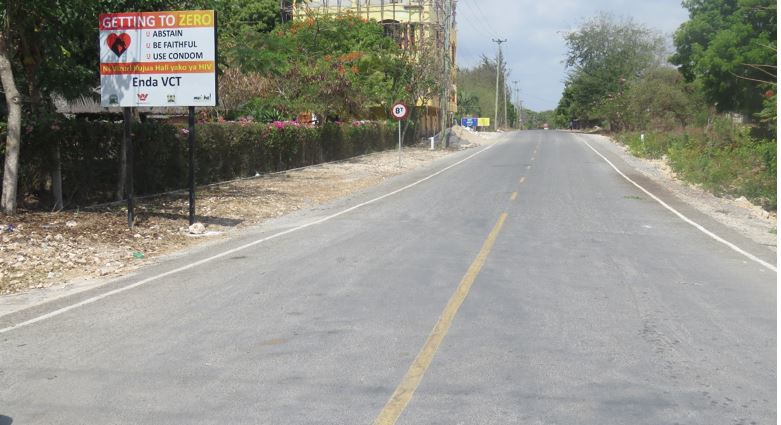 KILIFI, KENYA: When you hear of the name ‘Bamba’ what comes into your mind? For most born 1950’s, it must be the famous Giriama Folk song, ‘Safari ya Bamba ni Machero’ (The journey to Bamba is tomorrow) written and composed by the late Stephen Bumbao, a music teacher in 1959. The song immortalizes Bamba as a faraway town where if you want to travel, you must begin your journey at dawn.

That was the state of Mariakani-Bamba road, which is in Ganze Constituency in Kilifi County.  The state of the road was earth before it was constructed, making it soggy, impassable during the rainy season, and very dusty during the dry season.

The mean annual rainfall is 850mm and is bimodal in distribution with peaks in April-May and October-December and temperature ranges from 25°C to 34°C. The area is classified as lowland livestock/millet agro-ecological zone, which forms a transitional zone between the wetter coastal belt and the drier interior.

The construction of Mariakani-Bamba (D549) and Kilifi-Kiwandani Primary School Roads began on April 1, 2016, after President Uhuru Kenyatta sang about it in a State of the Nation address in Parliament in March 2017

This was the first ever-tarmacked road for the residents who had waited for the construction for close to 56 years since independence.  The 45Km stretch, which was completed on November 1, 2018, starts at Mariakani town at a junction with Mariakani-Kaloleni road and traverses Mnyenzeni -Guruguru ending at Bamba town.

It also consists of the 6Km Kilifi-Kiwandani Primary School Roads which starts at a junction with B8 Mombasa- Malindi Road and ends at Bofa both at a cost of Sh2.4 billion.

The road project was implemented by the National Government through the Kenya Rural Roads Authority (KeRRA) and is part of the 10,000Km Low Volume Seal Roads (LVSR), which were pledged by the Government in order to open up rural Kenya.

Residents of Mariakani-Bamba have been awed and wowed since the completion of the road project.

According to Alex, a boda-boda operator, and a businessperson, he has seen a light at the end of the tunnel since it currently takes him approximately 45minutes to ride to Bamba unlike before. He approximately took close to 2hours to reach the destination due to potholes and the slippery road especially during the rainy season when he would even be stuck in the mud.

The maintenance cost of his bike has gradually reduced since the road is smooth and consumes less fuel cutting down on vehicle operating costs due to less time travel. Convenience to the local hospital for the residents is also an added advantage since public transportation is readily available.

The dominant modes of transport in the area are boda-bodas, matatus, and the much-derided Toyota Probox.

The fares range between Sh250 for probox and boda-boda, and Sh200 for matatus unlike before whereby you could part with Sh500 and Sh400 respectively.

Kazungu, a matatu operator says that it currently takes him 1hr 30min to travel from Mariakani from Bamba town as opposed to 3hours before the construction.

Additionally, boda-bodas would charge Sh100 from Kiwandani to Bofa which has since reduced to Sh50.  On a good day, a boda-boda operator makes close to four trips in a day compared to the one trip, which they could only manage in a day. A public Service Vehicle makes close to three trips in a day as opposed to one trip a day before the construction.

The Contractor, to provide water for the construction of the road, built approximately ten dams. The dams were later handed over to the residents, which have enhanced their lives, especially during the dry season through watering their livestock, consumption, and farming.

Mr. Kalume, a teacher in Mwenzeni Primary School, says that the school has greatly benefited from the signage and speed bumps erected near the school since students can easily cross the road without fear of being knocked down by speeding vehicles. The students are also able to arrive at school earlier due to availability of motorized transport.

Good road infrastructure is a key element to industrial growth and in this case, it is evident, as heavy trucks have started plying the route transporting gypsum to a container freight yard, which was set up after completion of the road.

There is hence high likelihood that more industries shall arise along the road, which shall create more employment opportunities especially given that most land in the area is idle. Landowners can now smile all the way to the bank since there has been an increase in the price of land. The average price of an acre of land was Sh30,000 and has since appreciated to Sh200,000.

A boom in business has also been recorded in the area. It takes Emmanuel Wanzai a shop owner at Bamba close to four hours coming from Mombasa town to transport his goods, unlike the previous seven hours.

At times, he buys from local suppliers who have since started stocking products from Mombasa due to improved transportation. Fish and miraa from Mombasa also reach the town in time while fresh, products that they were unable to enjoy before.

Tourism has been revitalized along the 6 km stretch from Kiwandani to Bofa. According to Joel, -a boda-boda operator- more tourists are now making their way to the beach hotels in Bofa since the road is smooth and less dusty.

Some tourists have opted to relocate through buying or renting houses around the area. The road has immensely supported the tourism industry, which has greatly boosted formal and informal commercial activities. The arrival of tourists has induced an increase in demand for other infrastructure services in terms of water supply, communication, electricity supply, and waste disposal. 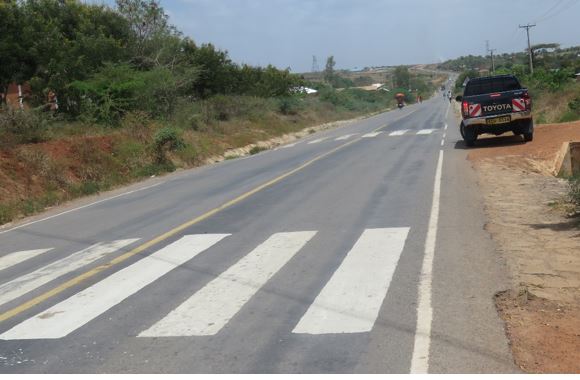 Homeowners near the road have also a reason to smile since dust storms, which used to blow towards their homesteads have been contained.

This posed a threat both to the health and hygiene of locals since most operate small scale businesses like kiosks and shops selling delicacies, groceries, cereals, and clothes to school children or passersby.

The land around the area has greatly increased from Sh2 Million for an acre to Sh4 Million for the same as most of the land boarders the beach. Security in the area is also guaranteed since patrol cars make a routine check around the area. It is thus evident that the road has occasioned a holistic turnaround in the fortunes of the area.

A low volume seal road is designed to allow for all-weather mobility, eradicating the need for over-designed roads hence saving Kenyan taxpayers at least 40 per cent of the cost of upgrading roads.

As a maintenance measure, the Authority continues to undertake axle load monitoring and plans in the future to strengthen the pavement using Asphalt Concrete to safeguard the investment to allow for a long-life design.