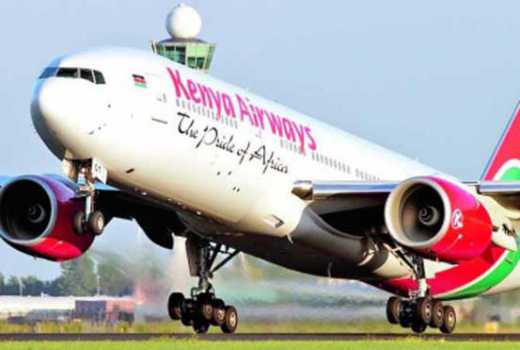 The airline is counting on the tourism, with the US being a key source market of vacationers, as well as opportunities to Kenyan businesses accorded by the African Growth Opportunity Act (AGOA) to sustain the flights.

The national carrier said it expected the flights between Nairobi’s Jomo Kenyatta International Airport (JKIA) and New York’s JFK Airport to play a critical role in returning it profit making territory. The airline said revenues from the route had potential to increase earnings by 10 per cent in the course of 2019.

The airline on Thursday started selling tickets for the inaugural and subsequent flights between Nairobi and New York. Kenyans and other travellers will be able to book early worm tickets for $869 (Sh87 000), the seats on sale for this price are however limited and the cost increases as bookings increase.

KQ chairman Michael Joseph said the move was an important milestone for the airline that just concluded a complex financial restructuring, adding that the route would enable it swing back to and sustain profits.

“This is a symbol of a comeback by Kenya Airways. It will determine the future of KQ and also shows the determination that KQ has to return to being the pride of Africa,” he said.

He added that the airline had confidence in the route, saying “we would not embark on this if we were not confident that it will work. It will be profitable for us.”

The direct flights come after a lengthy wait as well as past numerous attempts including false starts.

The airline and JKIA are however yet to receive all necessary approvals by the US security and transport authorities, including JKIA being designated as a last point of departure while the airline is yet to receive an air operator certification.

KQ chief executive  Sebastian Mikosz, however, said both KQ and JKIA had received the critical approvals and added that the remaining requirements would be met as the airline sets up the route.

The airline was in September granted approval to operate flights in the US by the department of transportation while JKIA was earlier in 2017 granted a Category One status by the US Federal Aviation Administration (FAA) after the airport upgraded its security features.

The US is one of Kenya’s key trading partners. It is the largest tourist source market, and in the period to October 2017 accounted for close to 100 000 tourists to Kenya. Direct flights are expected to boost the numbers, with the travel time reducing from about 25 hours to about 15 hours. The country is also a crucial market for Kenyan exports such as woven apparel, coffee, tea, spices, edible fruits, macadamia nuts and vegetables traded under AGOA but which have to travel long distances compromising quality and in turn reducing their value.

Most American companies have their headquarters in Nairobi and the new development is seen to be a plus to the corporates which include Coca Cola, Rockefeller Foundation, Microsoft, IBM, P&G, Intel, IMF, Wrigley, Honeywell, AIG, Cisco, Google, Cargil among others.

Kenya’s tourism sector also stands to benefit from the new route as America is one of the main source of visitors to the East Africa’s largest economy.

Between January and October 2017  over 95,000 tourists visited Kenya , a 20 percent increase in traffic every year for the past two years.

Uhuru has outlined 4 key pillars that would drive his economic agenda in his last term.