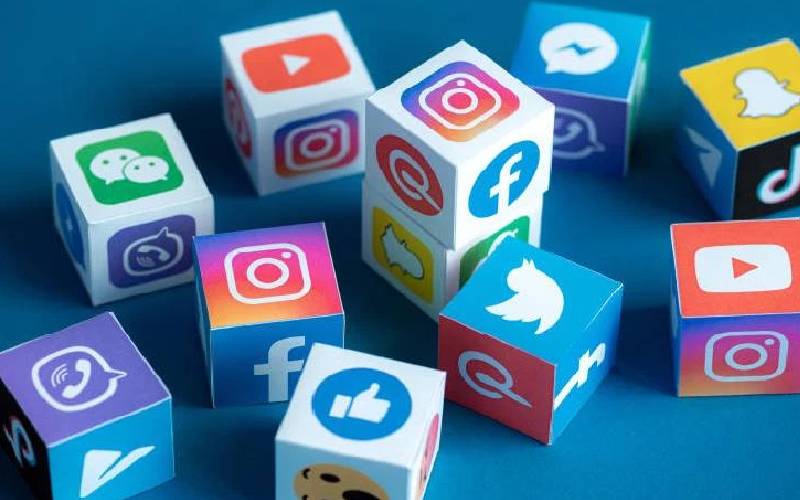 The ensuing panic during the seven-hour outage that also hit the firm’s other platforms, WhatsApp and Instagram, underlined the growing importance of social media in today’s world.

And while the loudest complaints may have come from young netizens, those who rely on both platforms to market their businesses online felt the pinch of the outage the most.

A glimpse of the future through Mark Zuckerberg’s eyes

These included users of WhatsApp Business, a platform that allows a near-flawless interaction between businesses and their clients. As Facebook’s stock fell five per cent and chief executive Mark Zuckerberg’s net worth slumped by Sh7 billion, businesses across the globe suffered too.

According to Statista, As of January 2021, there were 4.66 billion active internet users worldwide.

This accounts for 59.5 per cent of the global population. Of these, 92.6 per cent (4.32 billion) accessed the internet via mobile devices.

The age of having to physically meet clients to establish trust and to make a sale are certainly behind us.

Take Timothy Mburu, for example. The Naro Moru-based farmer recalls how his lorry was almost set ablaze by brokers when he tried to bring in his produce at the sprawling Wakulima Market in Nairobi.

“I had brought potatoes, but the brokers do not like newcomers and almost burnt the truck down,” he recalls.

This forced him to rethink his strategy on how best to market his potatoes.

Mburu turned to social media, where he advertises his produce and negotiates with potential customers directly, evading brokers and other middlemen.

“I mostly sell to customers I met on social media. We agree on everything there and close the sale,” he says.

He now trains other farmers on how to use social media to market their produce under the banner of the Digital Farmers Kenya Facebook page.

Charles Mwangi, who grows apples and pomegranates at Kinunga in Nyeri County, also swears by social media as the ideal marketing tool for his produce.

Using the different social media platforms, Mwangi is able to reach more customers, most of whom he says would never have found out about his produce were it not for this crucial communication tool.

“When a customer is satisfied, they will pass the word to friends. If you go to your neighbour’s farm and see his apple trees sagging with fruit, you will ask, ‘where did you obtain apples that perform this well?’ and they will direct you to the person who sold them the seedlings,” he says.

As social media becomes the new hunting ground for customers, celebrities are riding on the wave.

They are now offering their fans a chance to market their products on their social media pages as they seek to build the number of followers.

He lets his fans market their products every Thursday for free.

Other social media users post “sponsored content” on their social media pages. Some of it is in the form of personal stories, which are crafted in a way that endorse a certain product or service.

Instagram, a photo and video-sharing social networking service, is also gaining currency as a potent marketing tool for businesses and individuals.

YouTube has also become a new cash cow for many people.

Companies are taking advantage of the huge traffic to the site to market themselves, with ads popping up every few minutes when one is watching the latest video from their favourite comedian or comedian.

Returns for video makers are dependent on, among other factors, cumulative watch hours.

This can only be generated from regular content creation. YouTubers with a bigger following, and subscription, are more likely to make more money.

According to Influencer Marketing Hub, Google pays out 68 per cent of their AdSense revenue to content creators.

“The actual rates an advertiser pays varies, usually between $0.10 and $0.30 per view but averages $0.18 per view. On average, the YouTube channel can receive $18 per 1,000 ad views. This equates to between $3 and $5 per 1,000 video views,” says Influencer Marketing Hub, a site that provides resources and tools to both influencers and marketers.

A good example of people who have made it online is Senegalese-born TikToker Khaby Lame.

The Italy-based comedian gained global fame for his short comedy skits in which he ridicules people who have made otherwise simple tasks seem overly complicated. Lame does this without uttering a word.

Because of the growing influence of these networking sites, many online sellers do not have physical addresses.

All they need is the Internet to connect with millions of potential customers.

Mother speaks after son committed suicide before posting on Facebook

There has been increased uptake of thermal power, which is expensive amid high crude oil prices and weaker shilling.

Expenditure by executives and MCAs was strange at a time of global restrictions to contain pandemic as Controller of Budget says high costs are waste.

By Thomson Reuters Foundation | 16 days ago