State proposes to pay for old electronics as waste piles up 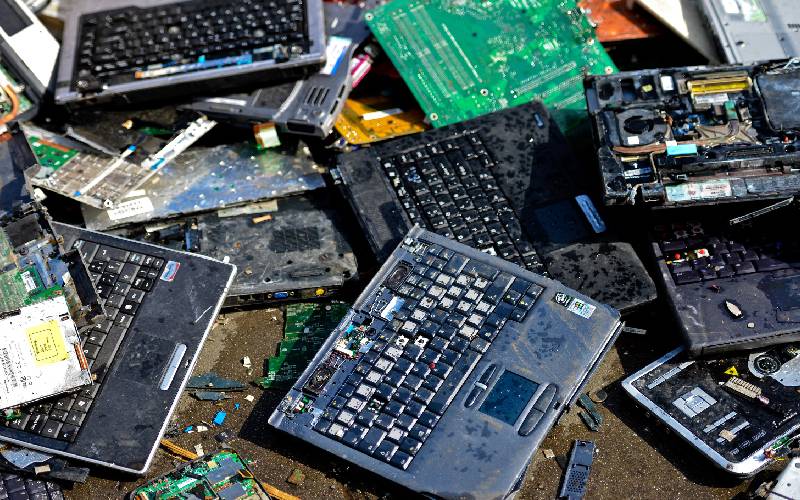 Kenyans could soon be paid for their old mobile phones and other electronic waste gathering dust in their homes.

This comes as the Government pushes forward with a new e-waste policy that seeks to develop new solutions to deal with the tens of thousands of consumer electronics discarded in the country each year.

The draft National E-waste Management Strategy, 2019 proposes cash incentives for consumers as well as tax exemptions for companies that help collect and manage the waste.

“The Government will partner with private firms through Public-Private Partnerships (PPPs) to build robust and sustainable infrastructure to facilitate an environmentally friendly e-waste management system and provide incentives for consumers to dispose of their electronic waste,” says the draft.

Want to start a radio station? I did it using electronic waste

Under the strategy, each county will have at least 10 collection centres for e-waste.

The Government will also seek out investors to establish six facilities at each of the six main economic zones to help in receiving, sorting and recycling e-waste.

At the same time, a national e-waste fund will be established to collect money from companies that contribute to the production of large amounts of electronic waste that will go towards recycling.

Part of the problem in dealing with e-waste is the lack of current data on the volume and distribution in the country.

The most recent statistics come from a 2010 report by the United Nations Environmental Programme that found Kenya generates more than 17,000 tonnes of e-waste each year.

These figures are expected to be much higher today following the influx of cheap smartphones and tablet devices in the Kenyan market over the past five years.

“The current total e-waste collected is estimated at 50 per cent,” explained the report. “However, most of it ends up at Dandora dumpsite in Nairobi and other illegal dumpsites in the country.”

This creates an environmental concern where toxic chemicals such as lead and mercury used as components in many electronic devices decay in the soil and find their way into the food chain.

However, the implementation of the strategy might have to wait until the medium-term, with the Government earmarking 2022 and 2023 for the establishment of the e-waste factories and fund respectively.

The Ministry of Environment and Forestry has scheduled a national validation workshop that will be held at the Kenyatta International Convention Centre next month to collect stakeholder views on the policy.

By Leah Nduati | 1 hour ago