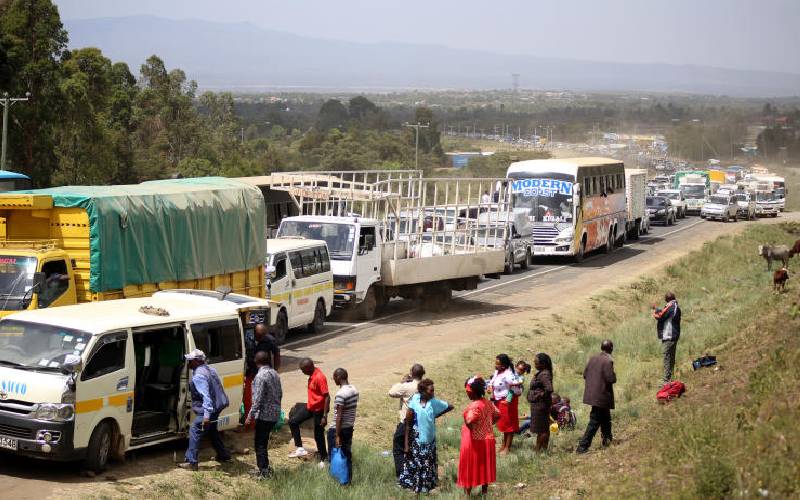 Motorists plying the Rironi-Nakuru-Mau Summit highway will pay for the upcoming dual carriageway.

The Kenya National Highways Authority (KeNHA) has announced that once the project is complete and open for use, it will take motorists more than 26 years to pay for the road.

KeNHA said the construction of the 175-kilometre dual carriageway is set to begin later this year and will be complete in 42 months.

Nakuru Governor Lee Kinyanjui yesterday held a meeting with officials from KeNHA and the contractor who are currently conducting an Environmental and Social Impact Assessment study.

“The first phase will involve widening of the highway to a dual carriageway, which will have two lanes on either side. It will run from Rironi to Mau Summit through Maai Mahiu, Naivasha, Gilgil, and Nakuru town,” said KeNHA Project Manager Kefa Seda.

The engineer said during a feasibility study for the project, the Authority encountered challenges in designing the highway through Nakuru town as the route also serves as the main exit and entrance for the town.

“We have, however, settled on constructing a viaduct that will run through the town. This will ensure there is a smooth flow of traffic to avoid inconveniencing motorists leaving the highway into the town,” said Seda.

The viaduct, a raised section of the highway, will begin metres after Nakuru State House to Eveready junction above the Geoffrey Kamau Way, which currently has four lanes, two on either side.

During his tour to Paris last October, President Uhuru Kenyatta signed the deal to upgrade the road under a Public-Private Partnership with a French consortium Vinci Concessions, Vinci Highways, and Meridian Infrastructure Africa Fund.

The project is aimed at reducing congestion along the route used to transport goods to Eastern and Central Africa from the Kenyan Coast.

With the increasing number of motorists every day, the route is frequently affected by heavy traffic snarl-ups, some lasting overnight, causing unnecessary delays and losses to motorists.

The private investor who will undertake the project will set up toll stations where motorists will pay for using the road in an agreement that will see them recover the billions of shillings invested.

“They will raise finances for the road project, design, construct, maintain and operate the road on pre-agreed standards and specifications. The concession period is 30 years and they will run it for 26 and a half years,” said Seda.