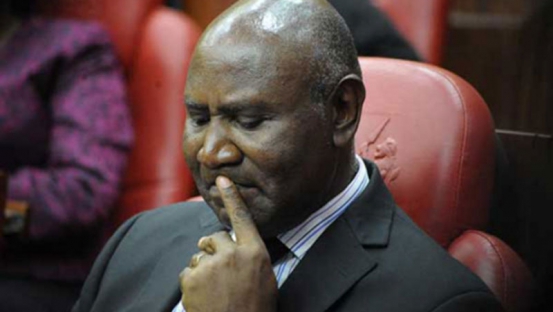 Mystery surrounds the whereabouts of Sh182.8 million at a State laboratory that Kenya’s health sector relies on to test quality of medicines and medical products.

A report by Auditor General Edward Ouko on the financial statements of the National Quality Control Laboratory (NQCL) for the year ended June 2016 concluded there were no documents to support expenditure amounting to Sh93.1 million.

In addition, NQCL’s management did not provide an explanation for Sh89.6 million of government grants to the facility.

But the lab’s financial statements submitted to the Auditor General show that the facility received Sh53.5 million from the government comprising Sh50.2 million for recurrent expenditure and Sh3.2 million development expenditure.

“This has resulted in a variance of Sh80.7 million for recurrent grant and Sh8.9 million for development grant. No explanation has been provided by the management for failure to reconcile the two sets of records,” said the report.

Among the funds that NQCL did not account for include Sh4.1 million donation by German development agency GTZ and Sh4.1 of the Sh9.9 million cited for repairs and maintenance.

Similarly, Sh4.1 million of the Sh47.9 million worth of inventories (stocks) had no supporting documentation.

Of the Sh50.2 million government grant NQCL quoted as having received for recurrent expenditure, Sh8.3 million was not accounted for.

The management could also not account for the entire Sh3.2 million quoted as received for development expenditure.

The Auditor-General said it was not possible to confirm the validity and accuracy of the total revenues, government grants and other items reflected in NQCL’s financial statement since they were unable to obtain sufficient audit evidence from the management.

The report is bound to spark public and stakeholder queries about the crucial agency which tests medicines imported or manufactured in the country on behalf of the government to ensure they are safe and of the declared quality - including syringes, needles, surgical gloves and condoms.

In the previous financial year, the Auditor-General raised questions about Sh60 million that the agency’s management had not accounted for.