The International Monetary Fund (IMF) on Wednesday said control of expenditure and spending cuts in the incoming government of President-elect William Ruto will be vital to sustain the economy.

Dr Ruto has hinted he will go big on social spending as he moves to address the runaway cost of living, but also cut public borrowing.

The IMF wants the government to continue cutting the budget deficit by growing tax revenues and curbing wasteful expenditure as debt levels near the allowed Sh10 trillion limit.

“Staff remains in close contact with counterparts at a technical level, and looks forward to working with the incoming administration,” an IMF spokesperson told The Standard in an interview.

According to the IMF “given Kenya’s limited fiscal space and elevated debt vulnerabilities,” the Ruto administration has been urged to “pursue multi-year fiscal consolidation while securing space for targeted social and development spending to support the vulnerable."

Outgoing President Uhuru Kenyatta’s government turned to the IMF for budgetary support at the height of the Covid-19 economic crisis.

It had to agree to new austerity measures "to broaden tax bases and eliminate wasteful spending” to get approval for a desperately needed financial support package.

As part of the package, the IMF gave nod to a $235.6 million (Sh28.3 billion) disbursement to Kenya two months ago.

This is after it approved a third review of the country's Extended Credit Facility and Extended Fund Facility arrangements.

The disbursement was to be deployed for budget support and brought such payouts to $1.208 billion (Sh145.27 billion) under the 38-month arrangements, which were worth $2.34 billion (Sh281.41 billion) when they were approved in April 2021.

Once in office from next week, Dr Ruto will have to steer an economy battered by the Covid-19 pandemic, rising food and fuel prices spurred by the war in Ukraine, the worst drought in four decades and soaring public debt levels.

The IMF has in the past called for end to fuel subsidies such as on maize and fuel which President Kenyatta turned to cushion Kenyans amid the surge in cost of living.

“This conversation…about creating jobs, cost of living, dealing with debt, making sure that we have sufficient revenues,” Dr Ruto said ahead of the polls as he hinted he will go big on social spending.

The IMF in the past urged for better tax collection by the State as well as reforms in the loss-making State-owned companies such as Kenya Airways and Kenya Power.

The IMF believes these organisations are overstaffed and that in some cases employees are overpaid. 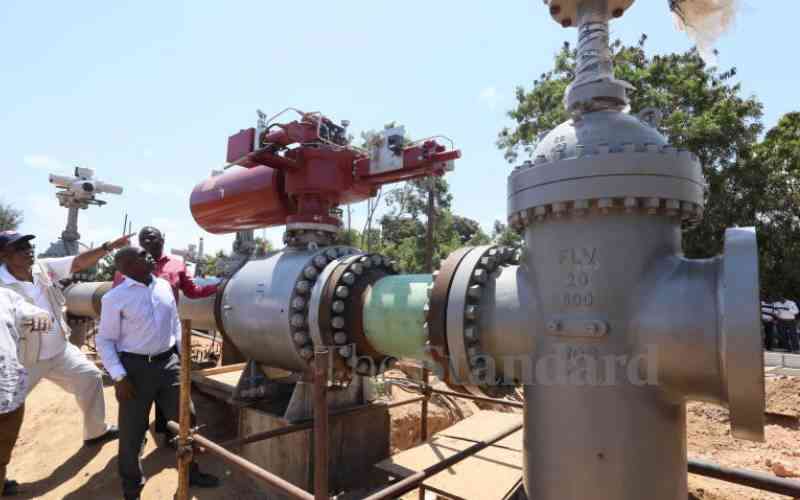 By Judah Ben-Hur 23 minutes ago
Business
Kenyans have a week to submit views on draft Privatisation Bill
.