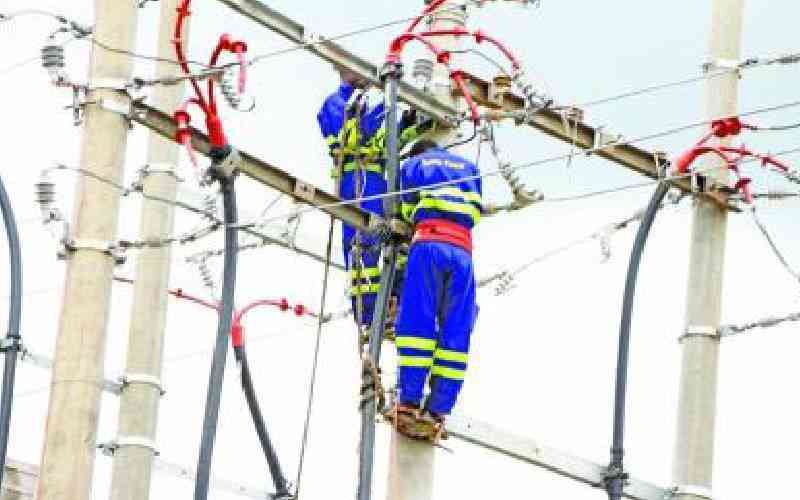 The next administration will have to keep up with heavy investments in connecting Kenyans to electricity as the country eyes universal power access by 2030.

The Ministry of Energy notes that Kenya will have to connect about a million new households to power every year, which will guarantee that every Kenyan will have access by the turn of this decade.

“To achieve 100 per cent access by 2030, Kenya needs to accelerate grid or grid equivalent connections to one million connections per annum between 2023 and 2030, with a significant increase after 2030 to accommodate a growing population and the attendant higher demand across the household, industrial, transport, and commercial sectors,” said the Energy Ministry’s white paper.

“Therefore, to achieve its 100 per cent access goals, Kenya must commit to connecting over nine million new households by 2030. This translates into a connection target of one million households every year by 2026.”

The programme, funded by the State, though offered many homes access to power was to the detriment of Kenya Power owing to a delay in government remitting funds for the project.

While many households have access to power, the cost remains prohibitive. Prices were reduced by 15 per cent early this year to about Sh21 per unit from a high of Sh25.9 per unit.

The ministry however notes that this can come down to about Sh11 per unit. This will be achieved by increasingly reducing the fuel cost charge as well as cutting down on system losses.

This is however expected to happen over the next two decades.

“There is a need for Kenya to reduce its electricity bills by at least 50 per cent to realise its industrialisation ambitions and encourage the uptake of clean energy. This would mean a reduction of household electricity costs to at least nine US dollar cents (Sh10.6) per kilowatt hours (kWh) by 2040,” said the ministry.

Power usage by Kenyans, especially many households connected over the last decade has been low, which has meant low returns for Kenya Power. According to the Ministry of Energy, the per capita power consumption stands at 164 units (kWh), which compares poorly to other countries in Sub-Saharan Africa whose average consumption stands at 180 units.

It is even higher in South Africa at 3,800 units. The government hopes that Kenyans can find more use for electricity and grow per capita consumption to 3,000 units.