Auditor General Nancy Gathungu uses the five words in nearly all the ministries, departments and agencies (MDAs) after inspecting their spending of Sh3.38 trillion budget for the financial year ended June 2021.

Fifty per cent of the books of accounts submitted to the Auditor General’s office for scrutiny were given a qualified opinion, which means they contained material misstatements or omissions in some cases.

The worrying trend reinforces President Uhuru Kenyatta’s June 1 warning to his successor come August that the corruption menace will still be alive and spreading.

“We cannot lie, the devil of corruption is still alive and well here in Kenya,” President Kenyatta said as the country marked 59th Madaraka Day.

Two per cent of the books were given an adverse opinion, meaning that they contained significant misstatements, pointing to a possible loss of public funds.

The failure to keep proper books of accounts by many of the government agencies came in the period the State defaulted on paying Sh5.11 billion interest on international loans and failed to pay suppliers Sh108 billion.

Gathungu used the word “unsupported” 101 times in the audit report, pointing to the extent by which government officials spend money without offering any document to justify the spending.

Some State officials have disregarded the law in their spending, while others have hidden their wasteful spending by failing to give the Auditor General access to their books of accounts.

From Kenya to as far as New York, the Auditor General notes the widespread wastage of public resources.

The National Treasury has been flagged for irregular recruitment of an adviser to the Cabinet Secretary who has been drawing Sh1.8 million per month.

Gathungu says the position is “not provided for in the approved project organisation structure” of the Treasury.

In New York, the government is spending about Sh24.29 million annually to house its ambassador in rented space, yet the official residence remains vacant more than 10 years after its completion.

Unsupported expenditure during the year amounted to Sh6.47 billion, with the State Department for Vocational and Technical Training topping with Sh1.89 billion.

The National Treasury, which oversees the budget money, has not been spared in the rot after costing the country billions in loan commitment fees.

It is also on the spot for guiding the country in increasing debt levels but failing to ensure the borrowed money is put into the intended use.

For instance, analysis of the absorption of public debt indicates that Sh69.94 billion that was borrowed was not put into use.

“This is an indication that borrowing costs are being incurred without development as the borrowed funds are not fully absorbed,” says Gathungu.

Another Sh2 billion was spent as commitment fees on loans that have stayed for long without being taken, meaning that Treasury may have prematurely committed to borrow.

The audit report shows out of the Sh3.38 trillion budget, Sh3.21 trillion was used, leaving Sh168.4 billion or five per cent of what had been budgeted for.

Gathungu says the under-absorption means there are services that were not delivered and puts into question the quality of planning.

“The under-absorption of the budget implies that some development programmes and delivery of services are not implemented as planned,” she says.

“It may also imply that the estimated expenditure may not be comprehensively backed by correct or accurate data, thereby leading to overestimations.”

The Youth Department has also been flagged for misusing funds meant for training youth, inflating the number of beneficiaries and number of counties involved.

There were also instances when some of the trainees were forced to drop out due to lack of transport as they were not paid their stipends.

The Kenya Medical Supplies Authority (Kemsa) has also been cited for possible single-sourcing in the procurement of ventilators and masks and exaggeration of their prices.

The Ministry of Health also entered into a ‘Commitment Undertaking’ on May 26, 2021 to procure 10 million doses of Johnson and Johnson Covid-19 vaccine at a price of $10 per dose amounting to $100 million (Sh10.97 billion).

“Under the circumstances, it is not clear whether the commitment undertaken was beneficial to the government.”

Treasury, without authority, spent Sh141 million—part of the previous year’s surplus—leading to its books not balancing. The money should have been surrendered to the Exchequer in line with Public Finance Management Act.

The Defence ministry has also been accused of accumulating contingent liabilities totaling Sh2.54 billion as at the end of June last year, a 79 per cent increase from the previous year.

The Auditor General also says she could not confirm cash and cash equivalents amounting to Sh1.9 billion as at June 30, 2021 in the State Department for Citizen Services.

Amid the wastage, many MDAs have failed to pay suppliers and contractors their dues, with the pending bills from the Ministry of Health being the highest at Sh41.78 billion. 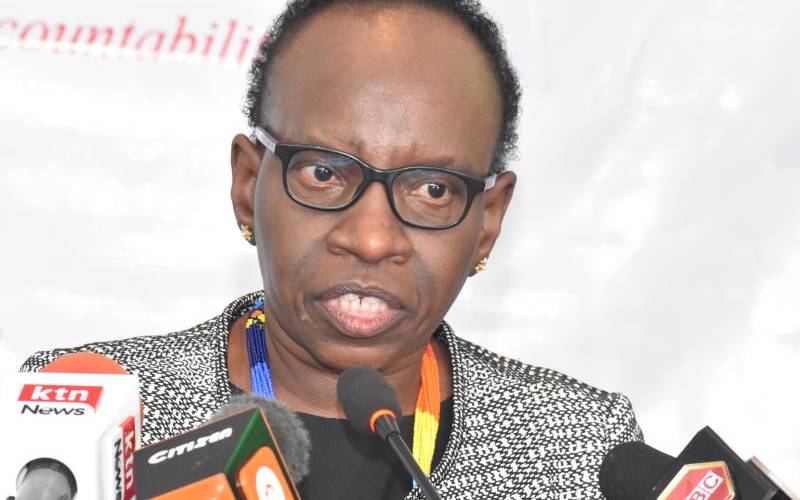 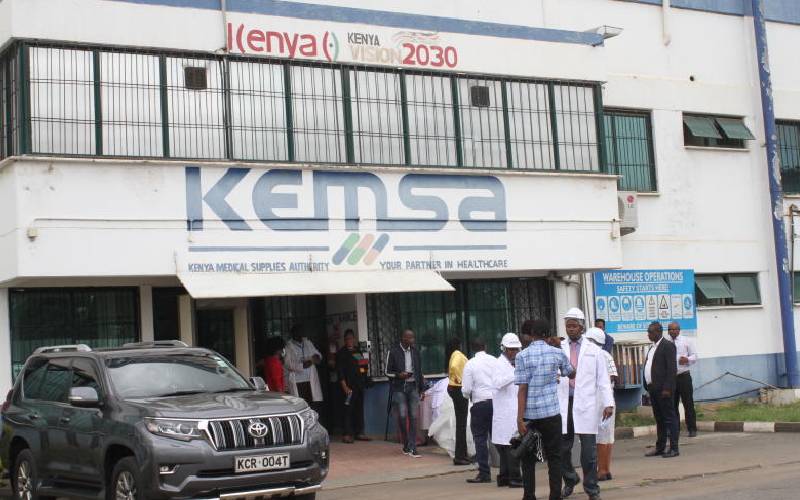