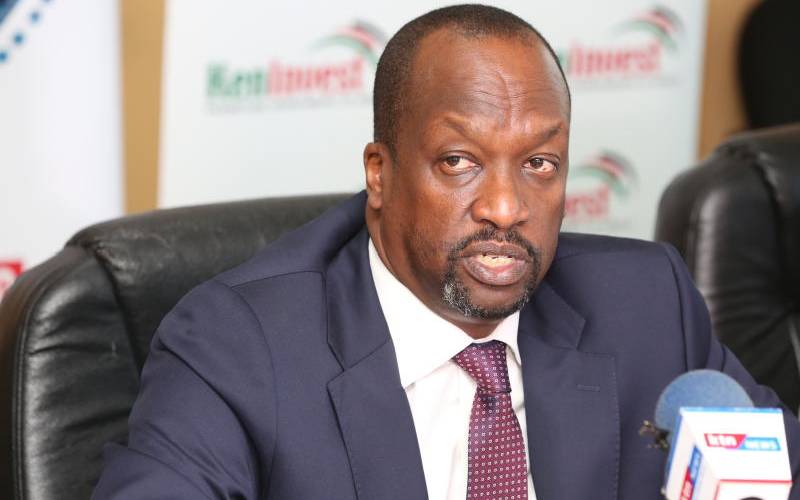 Nairobi Securities Exchange Board has appointed Kiprono Kittony as the board chairman. The former chairman of Kenya National Chamber of Commerce and Industry will replace Samuel Kimani, who resigned after serving at the helm since 2016. Mr Kittony (pictured) is also chairman of Radio Africa Group as well as chief executive of Capital Realtime Ltd.

After a thorough process, the board of directors has appointed Kiprono Kittony as the next chairman of the NSE. Kittony takes over from Samuel Kimani who stepped down as chair of board after holding the position for four years, but he remains on the board as a non-independent director for one more year,” said NSE in a statement. Kittony will be expected to revitalise the bourse that has witnessed a drop in the daily trading occasioned by the coronavirus pandemic. NSE market capitalisation fell by Sh345 billion during the week that Kenya announced its first Covid-19 case to close at Sh2.04 trillion against Sh2.38 trillion that it posted before the pandemic. However, the stock market has picked up as the general panic associated with the virus diminished, pushing the value of all the stocks on the Nairobi bourse at Sh2.265 trillion in May compared to Sh2 trillion in April - but remains below the Sh2.6 trillion peak of January 10. Kittony will bank on his previous experience serving at the NSE as a non-executive board member. The 55-year-old serves on the Business Advocacy Fund Board and also sits on the advisory council of the International Fund for Health in Africa. Kittony will be deputised by Bob Karina, whose tenure at the securities exchange was extended for another year.