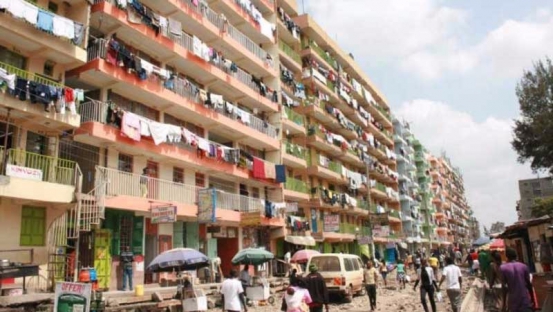 Space and cost continue being a big influence on where we live and the trend shows that in time, more might go the way of ‘coffin apartments’ as is happening in Hong Kong.

Omar Mwithali lives with his two children - a nine-year-old daughter and a two-year-old son - in a single room in a block of flats in Nairobi’s Umoja Estate. He uses the flat as the kitchen, dining space, sitting room with two sofa sets and ‘bedroom’ with a double decker bed. He pays Sh2,500 monthly rent.

“We do not welcome visitors here since the space is not enough for all of us. We don’t even welcome relatives who wish to spend a night with us. Most of them think we don’t invite them to our city home because we are mean,” says Mwithali. In this flat where he lives, there are about 40 housing units.

Many urban residents like him live in squeezed houses as developers reduce the sizes of the new units they come up with. As housing demand increases, property prices keep rising, but the sizes keep shrinking.

This is mainly attributed to the rising urban population that has seen more people fight for the few decent houses in the market.

Brian Ngugi of Capital Heights Developers says that like in Middle East cities, Kenyans have to start learning how to embrace “micro-apartment” developments to house the rapidly growing population. He says residents in cities like Seoul in South Korea live in 60 square feet apartments.

In Hong Kong, when the cost of property more than doubled in the same year, as is happening in Kenya today, residents were forced to live in spaces referred to as “cage homes” or “coffin apartments” since they could not afford spacious homes anymore.

The shrinking in size of houses in Kenya started in the densely populated residential areas in Nairobi, but it is not sparing the leafy suburbs as developers seek to meet the rising demand.

Charles Ngwili of Rama Homes says that houses will continue growing smaller due to shortage of land, especially in urban centres.

Currently, the average size of land that a property development can be put on is 25 feet by 70 feet.

“Property developers put up developments to make money. They can maximise the piece of land they are building on if it is small by reducing the size of the apartments and end up with many units,” Ngwili says.

Ngwili says that the shrinking size of houses is helping to some extent since families are growing larger and the bigger the house, the more expensive it is, thus building cheap and many smaller rooms can be a solution to accommodating the large families.

Kenya Bankers Association’s recently released property index report indicates that apartments, which are much smaller in terms of size and the space they occupy on a given piece of land, accounted for 82.66 per cent of the total number of units sold in quarter two of 2017.

Maisonettes and bungalows, which occupy much more space, are less popular and accounted for 10.70 per cent and 6.64 per cent, respectively.

Hannah Nyokabi of Kisima Heights says smaller houses are affordable and easily disposable compared to bungalows and maisonettes, hence developers in most of the densely populated areas prefer developing apartments.

“Generations born in the 1970s to early 1990s in urban areas of Kenya grew up in ample space, mostly single-family homes with abundant space to play outside with less walls and a strong sense of community,” says Nyokabi.

She says that with pressure on land becoming unbearable even in rural areas, more people are moving to urban areas, with the green leafy suburbs becoming increasingly out of reach for many.

She says people have to be compacted in small roomed partments and even smaller homes in the gated communities and close-in locations where the bigger the house, the more expensive it will be and only a few can afford it. “Financing homes and apartments is also playing a key role in home sizes. In Kenya, the bigger the mortgage loan size, the tougher it is to qualify, thus, people will prefer smaller loans to finance smaller houses,”says Nyokabi.

She, however, says that residential home developers are now looking up to designs that fit what most buyers are asking for - and size matters.

“A three bedroom house measuring 90 to 120 square metres in Nairobi’s Parklands costs Sh15 million whereas in the same location, a 200 square metre one will costs Sh30 million. A buyer will definitely prefer buying this smaller but cheaper house,” says Nyokabi.