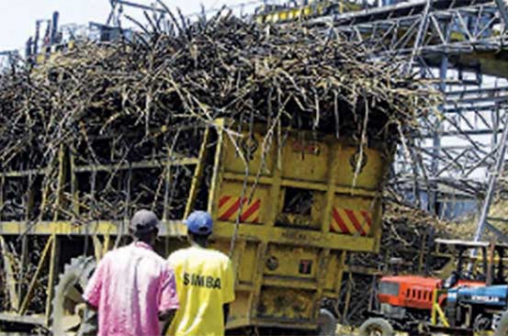 The government will sell a 51 percent stake in the five sugar companies to strategic investors and reserve another 24 percent for farmers and employees.

The government will then sell a remaining 25 percent stake in the Sony, Chemelil, Nzoia, Muhoroni and Miwani milling companies in an initial public offering once the factories are profitable.

Two of the businesses, Muhoroni and Miwani, are in receivership.

Kenya in October announced it had written off 39.7 billion shillings owed by state-owned sugar companies, aiming to ease their planned privatisation.

The five companies are in need of modernisation to survive competition from the entry of other sugar producers and an impending end to sugar import quotas from the Common Market for Eastern and Southern Africa (COMESA) trade bloc.

Kenya was in March granted a one-year extension of sugar import limits from the regional trade bloc to revamp its ailing sugar industry.

East Africa's biggest economy produces 600,000 tonnes of sugar a year, compared with an annual consumption of 800,000 tonnes. The deficit is covered through strictly controlled imports from COMESA.

Critics have blamed high cost of production for the woes facing the country's sugar industry. Poorly-funded government factories have ageing machinery that is prone to break down. Roads in most sugar-growing areas are also in poor shape.

The Kenya Sugar Directorate estimates the cost of producing a tonne of sugar at about $570 in western Kenya compared with $240-$290 in rival producers such as Egypt.

By Okaniwa Ken 11 hours ago
Opinion
Long standing relationship between Kenya, Japan has borne many fruits