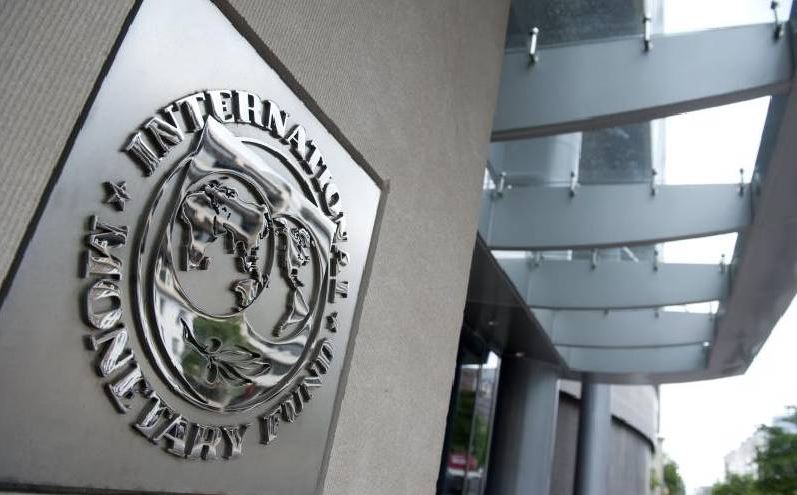 Just days after IMF approved a Sh255.1billion facility for Kenya to be repaid with 38 months, Kenyans are up in arms against the Bretton Woods institution on various social media platforms.

Kenya's total public debt reached Sh7.25 trillion at the end of November 2020.
They have appealed to the International Monetary Fund (IMF)  board to cancel the loan linking it to runway graft and debt burden in the wake of the Covid-19 pandemic.

Kenyans united in calling on the  IMF not to give in to the government's appetite for borrowing, which has reached high levels after the virus hit the country and the shrinking revenue collection.

The irate citizens camped on the Facebook and Twitter accounts of IMF and even sponsored an online petition, directing the financial institution to cease lending government money over accusation of corruption and impunity in the irregular spending of the loans.

in their thousands, the citizens rallied numbers questioning the logic of inflating the already bloated public debt situation in the country.

The petitioners are calling for IMF to cancel the billions of shillings to be disbursed to the country.

The loan is intended to, “support the next phase of the authorities’ Covid-19 response and address the urgent need to reduce debt vulnerabilities.”

“Previous loans to the Kenya government have not been prudently utilized and have often resulted in mega corruption scandals. The scandals have not deterred the ruling regime from more appetite for more loans, especially from China,” reads the petition in part.

In a series of almost 2,000 comments on IMF’s Facebook page, Kenyans spoke with one voice, “don’t loan Kenya because the money goes to some few individual’s pockets.”

Even though the IMF lacks the mechanism to deal with people directly, Gichinga explains that the outcry by Kenyans over the corruption involved in handling loans will definitely be a matter of concern for the IMF.

“The board of directors might take notice of the buzz online because they don’t want to be associated with a government that is not transparent,” said Gichinga.

Since the beginning of the pandemic, Kenya has borrowed more than Sh1 trillion, money intended to bolster the healthcare system and revitalize the economy through the storm of the pandemic.

However, of concern to Kenyans is how much of that money fell into controversy after overspending and corruption-related claims dominated as evident in the early stages of the pandemic.

By end of April 2020, one and a half months after the first case was recorded, the Ministry of Health had spent Sh1.3 billion even though the approved budget was Sh976.8 million.

Last year, a report by the Auditor General Nancy Gathungu revealed how Sh2.3 billion was lost in procuring Covid-19 medical supplies in the procurement scandal at the Kenya Medical Supplies Authority (KEMSA).

With no conviction having been made almost a year later, leaders have also taken the front seat to question and call for accountability when it comes to receiving and planning for the loans.

Nakuru Senator Susan Kihika yesterday faulted the government’s move to increase the national debt at a time the taxpayers are already overburdened with a huge debt crisis.

The senator called for transparency in the use of the funds and adequate oversight to ensure the loan adequately supports the economy as intended.

“We propose that the first disbursement from the IMF be specifically appropriated towards the acquisition of vaccines in an open and cartel free system,” said Kihika.

Unlike other loans, such concessional loans from IMF come with conditions around better financial management and savings.

Kihika suggested that in order for the government to meet the stringent conditions that come with such loans, it will be crucial for the country to embark on aggressive programs towards fiscal consolidation-driven growth in order to manage both the debt levels and debt serviceability.

“We, therefore, propose that part of the IMF funds procured by the government of Kenya on account of the pandemic be directed towards supporting businesses from the bottom of the pyramid,” said the Nakuru senator.

However, loans come with a price, one that is heavily paid by the taxpayer. According to economists, the only way to service these loans is through taxes, a load that is being felt by Kenyans.

“Loans are meant for short-term shocks but for Kenya, it has become part of our official government economic strategy,” said Gichinga.

“We need to remove tax blocks that make doing business difficult and allow business to do what they do best which is enterprise. We need to push those taxes to other sectors such as the property markets,” added the economist.

Kihika also criticized the governments move to increase taxes on basic commodities such as fuel, digital tax and the recent inflated tax on Airbnb as a means of slowly strangling the already struggling Kenyans.

“It is our strong belief that it can only be achievable by the expansion of our tax base and not by overtaxing the existing base of taxpayers,” said the Nakuru Senator.

Since President Kenyatta took over the top office in 2013, he inherited national public debt slightly over Sh1.89 trillion a figure that he has catapulted to over Sh8.4 trillion in just seven years.

The increased debt has seen Kenya commit more than half of taxes to service loans, leaving little cash for affordable housing, construction of roads, and revamping of the fragile health sector.

Nigerian police said it believed a banned separatist group, the Indigenous People of Biafra (IPOB), was behind the attack

"We can’t accept everything without a thorough research,” local media quoted her saying.