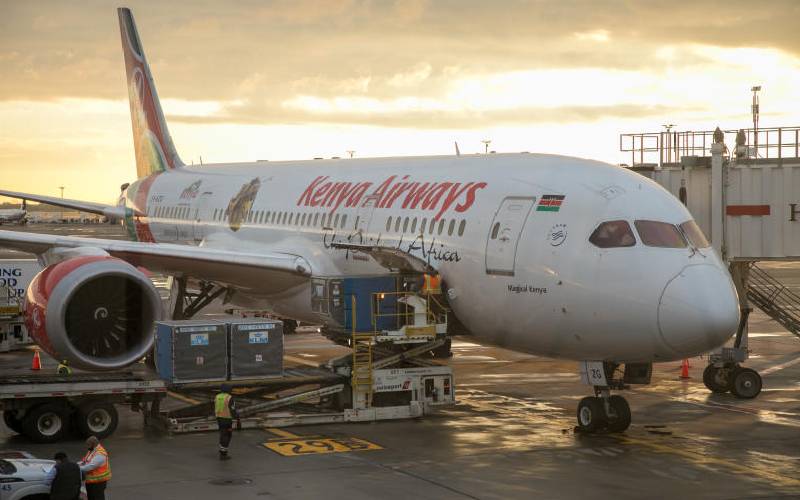 In a statemen by Airline’s Chief Executive Allan Kilavuka on Saturday, he (Kilavuka) and top managers will take a 80 per cent and 75 per cent pay cuts respectively to cushion the firm from further losses in the wake of the coronavirus pandemic.

“My communication on March 17 regarding the 25 per cent pay cut for the Leadership Team and 35 per cent for myself has been superseded as the situation has evolved significantly,” said Kilavuka.

The CEO also announced unpaid leave for number of employees from April 1 until the situation changes for the better as the world battle the deadly virus.

Those to be affected include employees at grade H06 and above and those at grade H05 and below.

The airline also directed its employees not required at work to take annual leave with immediate effect while those required on duty will to operate on 25 per cent or 50 per cent pay depending on each staff's grade.

“All employees who will not be required at work will take their annual leave with immediate effect, while those required on duty will be on 25 per cent or 50 percent pay subject to your grade.”

Kilavuka said the new measures were not punishments, but measures in response to the ongoing debacle and will change once the situation normalises and the firm is able to make profit in the near future.

According to the CEO, the measures were taken after consultation with various staff unions to cushion their employees against job losses.

“We have held discussions with the unions and have agreed in principle on how best to cushion our staff. Our engagements are still ongoing and will be concluded in the next few days,” he said.

“These reductions will be considered as owed to you as an employee to be compensated at a future date when the company can afford to do so and upon return to profitability."

So far, there have been seven confirmed cases of the virus in Kenya.

Globally more than 11,000 people have succumbed to the novel coronavirus, even as many countries have shut down all but essential services.

The pandemic has hit the local aviation industry hard following the government ban on airlines flying in from countries that have reported coronavirus cases.

The airline on Wednesday also said the board agreed to forego monthly fees and allowances with effect from April 1.

Others that will do with less cash in their bank accounts include the executive committee members, who have also agreed to take a 25 per cent pay cut from the same date.

KQ also announced a reduction of flights on some routes to add to those suspended earlier.