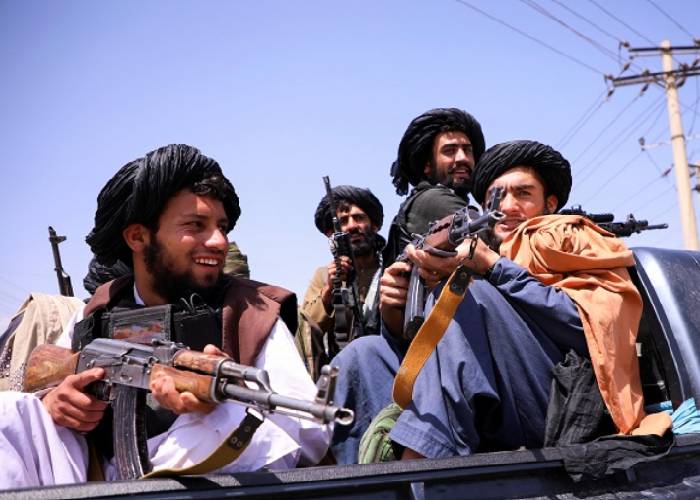 In a bid to further censor and repress the media freedom in Afghanistan, the Taliban have unveiled '11 rules' for scribe organisations.

These curbs include directives against publishing topics that are in conflict with Islam or insulting to national personalities, and also instruct journalists to produce news reports in coordination with the government media office.

"Journalists are just frightened," said Steven Butler, a senior member of America-based press freedom organisation adding that "the organisation had been receiving hundreds of emails from [Afghan] journalists asking for help."

Since the collapse of the Afghan government, over 150 media outlets in Afghanistan have shut down their operations as they struggled to carry out their day-to-day functions. This is because the Taliban has been continuously creating intrusion in media's 'right to information' which has hampered the work of scribe organisations.

U.S. says Taliban talks in Doha were 'candid and professional'

Some of the most prominent newspapers were also forced to cease print operations and now publish only online, amid the country's sharp economic downturn, The New York Times reported violate the basic human rights of media personnel as they are being harassed, tortured, and killed.

There has been a change in the content being shown on private TV channels. Critical news bulletins, political debates, entertainment and music shows, foreign dramas are replaced with programmes tailored to the Taliban government.

Meanwhile, the Committee to Protect Journalists (CPJ) has also asked the Taliban to immediately cease detaining journalists in Afghanistan and allow the media to operate freely and without fear of reprisal.

Things have changed dramatically since the Taliban began its military advances after the US announced the withdrawal of its troops from Afghanistan.

Dawa Khan Menapal, the Director of Afghanistan's Government Information Media Center in Kabul was killed in the first week of August. Two days later, journalist Toofan Omar of Paktia Ghag Radio was murdered by the Taliban fighters. Soon after Kabul fell, Taliban fighters began looking for journalists — many were tortured while some were killed, reported Al Arabiya Post.

The children who came to him for training looked at football as an escape from poverty, abuse and pressures of this world.

It’s ludicrous that top county officials can rationalise why they need hefty exit packages. Such demands must be pegged on evidence of performance.