By Winfrey Owino | 4mos ago

Kinoti says the three Venezuelans were on a private business trip and scheduled to meet a businessman Abdulahi Abdi Mohamed in Nairobi.

The IEBC chair had, in a statement on Thursday night, said police detained three Venezuelan nationals who were staff of Smartmatic International B.V, the company contracted by the commission to print ballot papers.

Chebukati had said that the three were ‘key in the management of August 9, 2022, General Election’s technological network’.

In a statement shared on the DCI’s official Twitter page this morning, Kinoti said the foreigners were travelling on expired passports and were in possession of ‘questionable’ material.

“The Directorate of Criminal Investigations reiterates that contrary to falsehoods and innuendo peddled by Mr Wafula Chebukati in his press release on July 22, 2022, that the three persons he alleged were arrested were not personnel or staff working for the commission,” DCI boss said.

According to Mr Kinoti, one of the three suspects, Jose Gregorio Camargo Castellanos jetted into the country on Thursday, 21 July afternoon.

Castellanos was intercepted by customs officials after the security screening detected suspicious materials in his bag. When questioned, he was incoherent, Kinoti said.

“He was then requested to open his bag which he obliged and therein 17 rolls of electoral materials namely stickers were found of which one was blank. The stickers were for various polling stations which he stated were approximately 10, 000.

In his second bag, police say the suspect had one personal laptop, a monitor, five flash disks and assorted personal computer property which he said were his personal property.

“Upon probing the suspect, it emerged that Mr Camargo did not bear any letter or documentation indicating that he had been invited by IEBC and as such the materials in his possession belonged to Abdulahi Abdi Mohamed,” the DCI boss added.

The DCI also says that a letter produced by the suspects indicated that they were to meet the businessman in his office in Nairobi and not at IEBC offices or warehouses.

On Thursday night, the commission said it was disappointed about the arrests of the three foreigners.

“It is with extreme consternation that the commission has learnt of the arrest of three key personnel responsible for deployment and management of election technology infrastructure. The three personnel, who are employees of Smartmatic International BV, were arrested upon arrival at the Jomo Kenyatta International Airport from Venezuela,” Chebukati said in his Thursday night statement.

“This is despite the Commission’s Secretary/CEO [Marjan Hussein] explaining to the security authorities that the three personnel were in the country to execute a lawful contract relating to the deployment of technology in elections”.

The arrests came hours after the IEBC had earlier denied allegations that some election material had been confiscated at the Jomo Kenyatta International Airport (JKIA) during shipment into the country outside a schedule known by the Government of Kenya. 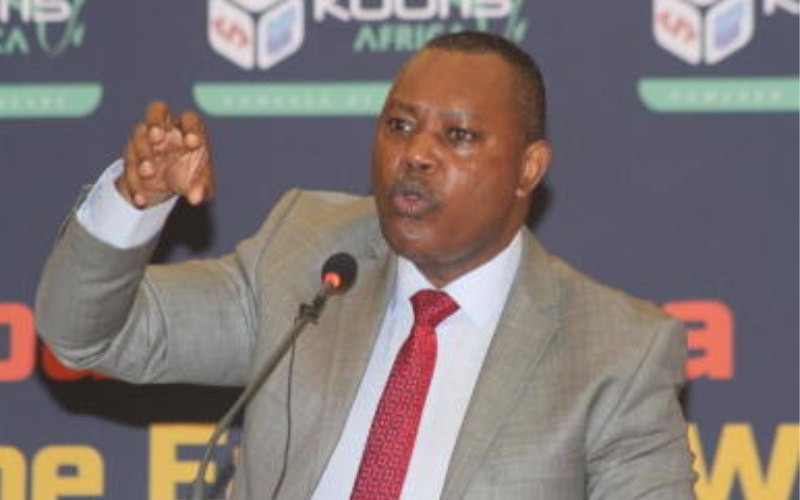 Kinoti: Three Venezuelans were to meet a businessman in Nairobi
Chebukati had said that the three were ‘key in the management of August 9, 2022, General Election’s technological network’.
National
By Washington Onyango
4 months ago
.