By Jennifer Anyango | 2mos ago 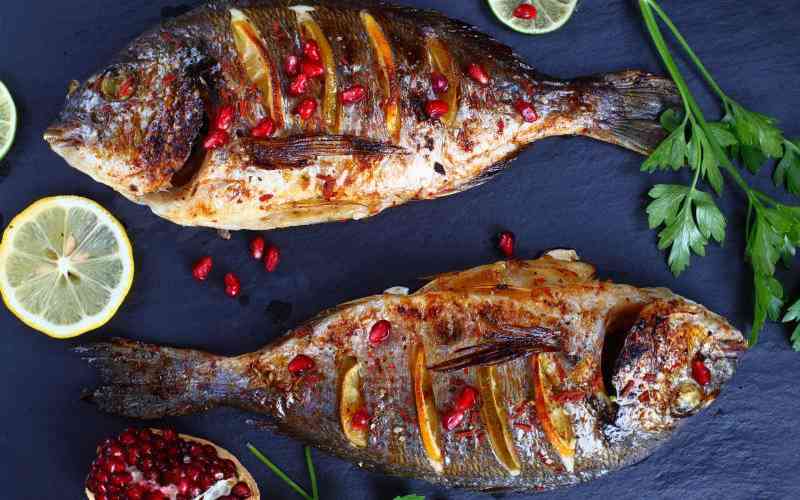 Many farmers and traders deal in raw produce, but there is a growing recognition that the next stage of economic growth requires ‘adding value’ to raw products and commodities.

This will act as a means of accelerating job creation, promote higher profit margins and returns on investment.

This was a non-commercial approach and it was promoted only as a family subsistence activity. This has, however, changed over the years with the government putting a lot of effort and resources in promoting aquaculture as a business. Many entrepreneurs have now invested in commercial aquaculture ventures.

The tilapines and catfish production is mainly done as mono- or poly-culture of the two under semi-intensive systems using earthen ponds while the Rainbow trout production is done in intensive raceways and tank systems.

The Tilapine species constitute the largest portion of aquaculture production in Kenya.

Although most of the productions target the food fish market, there has been an increasing demand for baitfish for the Nile Perch capture on Lake Victoria. Several entrepreneurs have started producing the catfish juveniles for this market.

Christine Kemunto is a fish trader, who gets most of her stock from Lake Victoria. She mostly sells Tilapia and Nile Perch. Through orders, she also supplies fish fillet, smoked and dried fish.

Fish is loaded with important nutrients, such as protein and vitamin D. Fish is also a great source of Omega-3 fatty acids, which are incredibly important for your body and brain, according to Healthline.com.

Fish can be converted to different products to fit consumer needs. Adding value also increases the lifespan of the fish. Kemunto explains some of these products.

Freezing and storage of fish are methods for long-term preservation. Many varieties of fresh water fishes like rainbow trout and tilapia fillets can be frozen for domestic market and even for export.

Fish fillet can also be used for the production of ready to serve value-added products such as fish in sauce and fish salads.

“A fillet is a strip of fish that has no bones in it. It is the flesh of a fish which has been cut or sliced away from the bone by cutting lengthwise along one side of the fish parallel to the backbone. In preparation for filleting, any scales on the fish should be removed, it may have skin or it may be skinless,” said Kemunto.

Pre-frying is the process of giving a shallow fry so as to coagulate batter over the product and lock the flavour and juices to the product. The time of frying and temperature of oil are crucial factors.

This could be done at 180°C to 200°C for 40 to 60 seconds, thus restricting the actual heat transfer to the surface of the product. The term pre-frying is used as frying will be completed only when the consumers fry the product for four to six minutes depending on the product size.

Alternatively, the fish can be fried totally and have it ready to eat or for preparation of stew. The flavour will still be retained.

Fried fish is sold depending on the sizes. Prices can range from Sh300 to Sh800 per fish.

Fish fingers, or portions or sticks are regular-sized portions cut from rectangular frozen blocks of fish flesh. They are normally coated with batter, and then crumbed before being flash fried and frozen. They may be packed in retail or catering-size packs.

The traditional methods of processing fish by salting, drying, smoking and pickling are collectively known as curing.

“This is also the cheapest method of preservation, since no expensive technology is used,” said Kemunto.

Simple sun drying was the widely practiced traditional method of fish preservation, to date, this is still practiced. By this, preservation is achieved by lowering of water content in the fish, thereby retarding the activity of bacteria and fungi. The heat is able to destroy the bacteria to a certain extent

Inspect the fish before purchasing and select wholesome fish, which are free from contamination and detectable spoilage.

“If drying or smoking may be delayed, ensure the fish are kept clean in a suitable container and use ice to keep them fresh,” she said.

Sort the fish to similar sizes, have them refrigerated or in containers with ice. Remove the scales and gills and clean them properly.

“For dried fish, you can cut up the fish to two halves, vertically (this is where the name, mgongo wazi was derived from). Dry in the sun as required,” said Kemunto.

After cleaning the fish, hang it upside down to drain for about half an hour to one hour. To have salted smoked fish, put the fish in a salt solution for half an hour.

Prepare wood according to the amount of fish and light them, 30 minutes before smoking starts.

Let the fire burn until the flame dies off, with only smoldering wood remaining. Apply a small amount of oil on the fish, set up a wire mesh or smoking tray and lay the fish. Then put the fish above the fire, or the smoking oven, which will slowly smoke the fish.

Cover the fish with a metallic sheet or plywood. Continue smoking until ready, this can go on for three to four days if fish is between 300 to 500 grammes.

Remember to regulate the fire, not to have too much or let it die out.

To know when to end the smoking process, press the thickest part of the fish, smoking is ended when the fish is nearly firm and no depression is left.

Transfer the fish to trays to cool for three to four hours.

Premium Azimio team faces perilous political future after election loss
Barrack Muluka
By Barrack Muluka
43 mins ago
What Kipchoge needs to lower the world record
Athletics
By Jonathan Komen
1 hr ago
How to get past office politics
Sunday Magazine
By Esther Muchene
1 hr ago
Premium Muthama: How we built the biggest party to win presidency
Politics
By Jacob Ng'etich
1 hr ago
.