Here are the Kenyan families split by the 2022 election

As elections draw closer, members of some of Kenya’s prominent families have aligned themselves with the two main political camps, Kenya Kwanza and Azimio, setting the stage for tough duels.

In Migori County, the household of the county boss, Okoth Obado, is an interesting one to watch given that the governor has sworn allegiance to Deputy President William Ruto and his Kenya Kwanza camp, while his wife Hellen Odhiambo is campaigning for a Raila Odinga presidency. Ms Odhiambo is running for the Migori Woman rep seat.

Obado was appointed as the Kenya Kwanza Nyanza regional coordinator but this did not seemingly sit well with his wife. To prove her point, she went ahead to denounce her husband’s surname – Obado.

“Raila is vying for president, I am vying as a woman representative but he has my vote… do not associate me with the governor’s legacy and anything to do with him. I’m pleading with you to give me a chance as Hellen, not as the governor’s wife,” Odhiambo said recently.

In Kajiado County, Environment Cabinet Secretary Keriako Tobiko and his sister, Kajiado East MP Peris Tobiko, might enjoy a cordial relationship as siblings, but when it comes to politics, they have taken separate routes.

Peris has in the recent past received criticism from her husband Kishanto ole Suuji and her brother Keriako for supporting Ruto.

Suuji is said to have chased away a team affiliated to Ruto from his home. The team had gone for a meeting with Peris at her home. He would later make a complaint and report Ruto and his allies as intruders on his property. He was against the political activity at his Kajiado farm.

Keriako is a close ally of President Uhuru Kenyatta and has aligned himself with the Azimio outfit, which is fronting Raila as its flag bearer. He at one point ruffled the feathers of those in Kenya Kwanza after he referred to Ruto as a “mere clerk”.

These remarks sparked a war of words between the Azimio and Kenya Kwanza camps, prompting Peris to, later on, apologise on behalf of her brother.

Westlands MP Tim Wanyonyi and his brother Moses Wetang’ula, the Bungoma senator are in different political formations, and depending on how elections, either could soon enjoy the trappings of power.

Wanyonyi is seeking to retain his Westlands seat on an ODM ticket after his efforts to contest for the governorship ran into headwinds.

Wetang’ula on the other hand leads the Ford Kenya party, which is in the Kenya Kwanza alliance and with which he seeks to defend his position as Bungoma senator.

In the 2017 elections, the duo was, on the same side of the political divide after their constituent parties joined hands to form the National Super Alliance (Nasa) coalition.

Kuria, the Gatundu South MP, however, shifted alliances and chose to field candidates under his CCK party to battle it out with Kenya Kwanza and Azimio candidates. He is also contesting the Kiambu governor seat.

It was initially held that his brother would also contest the Juja parliamentary seat on a CCK ticket, but Kinyanjui chose to remain in Jubilee – a move that saw him handed a direct ticket from the ruling party to vie for the Juja MP seat.

A development that however sent tongues wagging was the recent appointment of Isaiah Kindiki as one of Raila’s chief agents hours after Ruto appointed Kithure Kindiki- Isaiah’s brother- to lead the Kenya Kwanza camp in a similar capacity.

The two are professors but their political affiliations do not align.

Kithure was appointed to the position after he missed out on the running mate position that was given to Rigathi Gachagua following intense internal negotiations within Ruto’s United Democratic Alliance (UDA).

Isaiah has been a longtime supporter of ODM leader Raila and has been championing a Raila presidency, refusing to be swept by the UDA wave in the vote-rich Mt Kenya region.

It will be interesting to see how the siblings and spouses fair in the political duels. 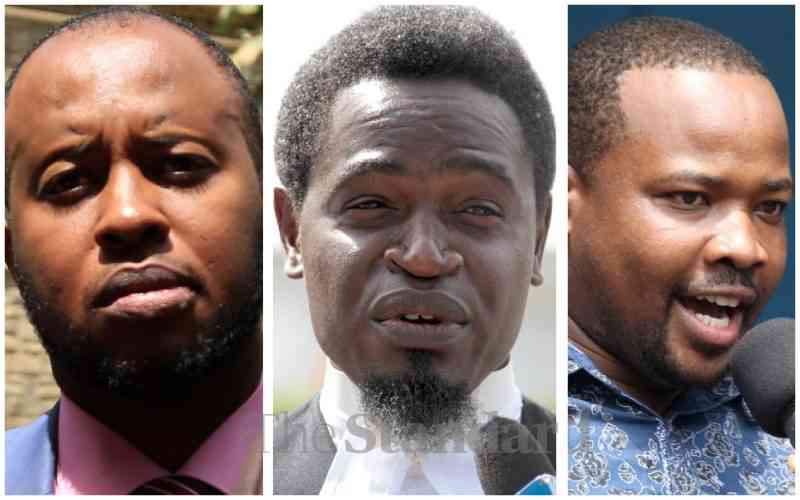 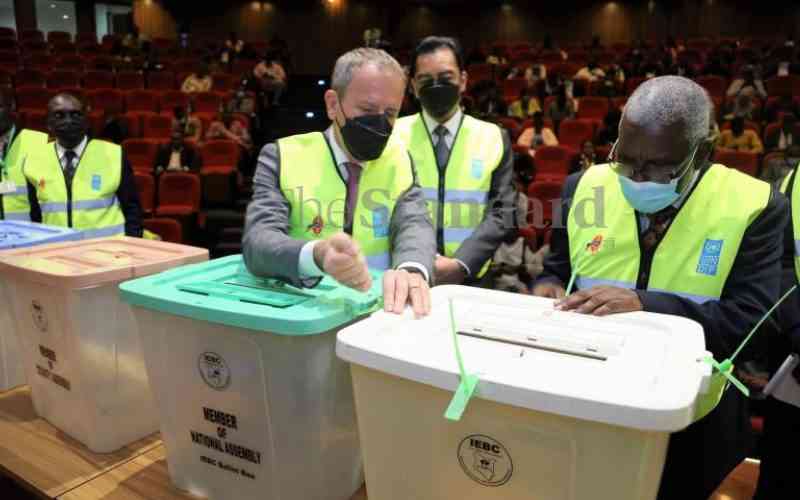 Anger should not inform our pick in Tuesday's poll
Kenyans must resist politics of outrage because each belligerent posturing and flare-up denies them a meaningful discourse.
Opinion
By Jectone Oyoo
4 days ago
.

By Brian Okoth 32 mins ago
Confirmed: Governorship winners so far