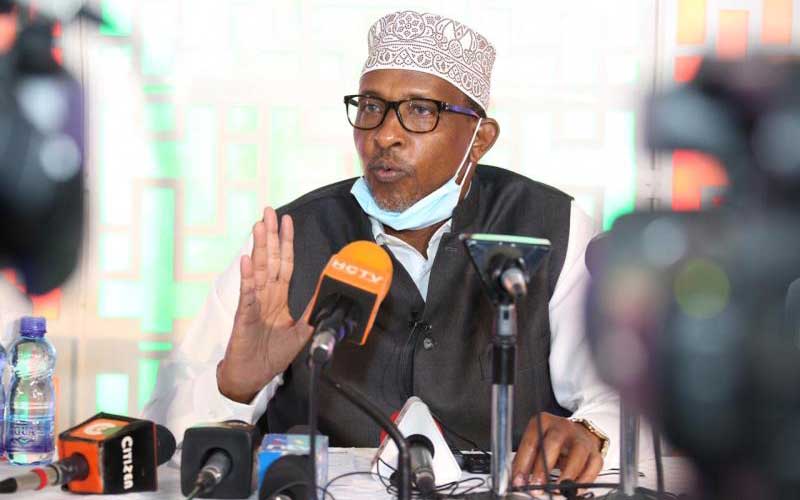 Earlier on, indications were that he would be replaced by Kipipiri MP Amos Kimunya as majority leader.

Kimunya has instead been appointed to serve as the secretary of the Jubilee Coalition Joint Parliamentary Group, State House spokeswoman Kanze Dena said.

Nevertheless, there had been emphatic optimism that Duale, the Garissa Town MP, would keep his position by virtue of his sustained effort in pushing the government’s agenda in the House.

Duale has served for more than seven years as the Majority Leader and helped secure House approval for government Bills and motions despite a hostile opposition - particularly during Jubilee’s first term in office.

The die was, however, cast for National Assembly Majority Whip Benjamin Washiali who was ousted from the Assembly position.

The duo will be replaced by Navakholo MP Emmanuel Wangwe and Igembe North MP Maoka Maore as Majority Whip and deputy Whip respectively.

The changes were made today at a Jubilee Parliamentary Group meeting chaired by President Uhuru Kenyatta at State House, Nairobi.

The meeting was attended by Deputy President William Ruto, Jubilee Party Secretary-General and 212 Members of Parliament.

The House leadership changes are expected to be communicated to the Speaker today.

Senate is later today expected to fill Kindiki’s position, with Uasin Gishu Senator Margaret Kamar likely to be picked after the Jubilee Party endorsed her candidature.