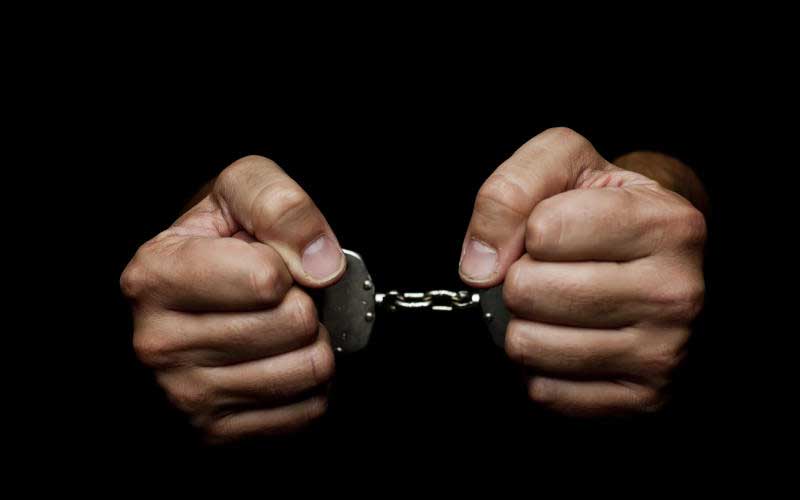 A Rome-based catholic priest was Thursday arrested moments after he was released from the hospital where he had recovered from Covid-19. Father Richard Onyango Oduor had been hospitalised for more than two weeks after he allegedly tested positive of the disease. Police said they intend to charge him on Tuesday with defying a government directive to self-quarantine over the coronavirus.

Nairobi police boss Philip Ndolo said they arrested the priest after being informed he had tested negative and had been discharged. “He will be taken to court on Tuesday to face the charges of failing to adhere to the regulations,” he said. Fr Oduor was among four people who were discharged from hospital today after testing negative. He had been admitted to Kenyatta National Hospital with symptoms of the disease and he later tested positive according to health Cabinet Secretary Mutahi Kagwe. Officials traced more than 130 people in Siaya and Kisumu that came in contact with the priest and put them under quarantine.

Priests serving at the Holy Family Catholic Church in Utawala, Nairobi, where Fr. Oduor spent a day after arriving into the country from Rome were also put under self-quarantine. Officials said Fr. Oduor returned to the country on March 11 and spent a day at Utawala in Nairobi before travelling home on March 13 where he conducted the burial of a close relative. The arrest came on a day that Kilifi Deputy Governor Gideon Saburi was charged for defying a government directive to self-quarantine over the coronavirus. Appearing before Resident Magistrate Rita Amwayi, Saburi was charged that on diverse dates between March 6 and March 22, 2020, while suffering from an infectious disease namely Covid-19, he wilfully and unlawfully exposed himself in public, without taking any precautions. He pleaded not guilty. Amwayi, however, directed that Saburi be detained until April 15, 2020 when the court is expected to rule on his bail application.

The court also asked that the Ministry of Health avails test results to prove that Saburi had indeed been diagnosed with Covid-19. This is after Saburi’s lawyers rubbished the prosecution’s argument that he had been directed to go into self-quarantine after returning to the country, saying there is no evidence hence it should not be used in court. The defence also complained over what they termed as an external influence in the case. Saburi was arrested on April 3 when he was discharged from the Coast General Hospital after the Ministry of Health confirmed he had recovered from the coronavirus.