Kenya
How Mike Sonko is not the Governor of Nairobi as Maj Gen. Abdalla Badi runs the show 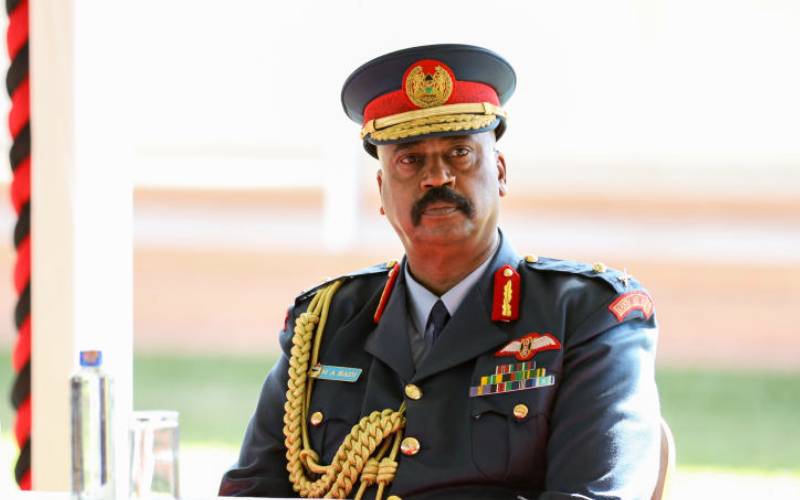 Nairobi City County chief Mike Sonko traded his impeachment with the transferring of major functions of his office to the national government. That paved the way for  President Uhuru Kenyatta to create the Nairobi Metropolitan Service (NMS) and appointed Maj Gen. Abdalla Badi (pictured) to head it. Various efforts to ensure proper administration of Nairobi had failed and the President’s intervention took the reins from Sonko. This means Nairobi has two Governors: Lame-duck Governor Mike Sonko whose county executives will be reporting to Maj Gen Badi, who has taken over at a time when the city is in the throes of a coronavirus pandemic.

Maj Gen. Badi has a full plate: High population without adequate social amenities, the dearth of basic services like water which is key in fighting coronavirus especially in slums where a lockdown will be catastrophic.    When contacted by The Nairobian, Maj-Gen Badi pleaded to be given time to acquaint himself with the situation before going public about his plans and priorities for the city. “I don’t find it necessary to outline my plans in the media at the moment. Let me work first, and probably I shall grant an interview after the lapse of 100 days.”    Nairobi lawyer Gad Awuonda avers that the creation of Nairobi Metropolitan Service technically dissolves Sonko’s cabinet merging it with the office of the Metropolitan Administrator. Awuonda further explains that the functions Sonko signed away render his administration redundant.

Awuonda, however, took issue with the manner the deed of transfer of functions was executed, saying it denied Kenyans an opportunity to ventilate the matter, test constitutional provisions and bring Sonko to account since “the manner of handling incompetence of leaders is well set out in the law. It would be a tragedy to use the transfer of functions to avoid the hard questions on leadership integrity and competence.”  Awuonda adds: “there was no White Paper detailing how and why the Sonko administration had failed to deliver on its constitutionally mandated functions. Is it a case of a constitutional mistake being discovered that meant the constitution ought not to have assigned the functions in question to the county government?” he posed, adding that if the issue was ventilated, it would have provided a future roadmap on how to deal with such scenarios.  Awuonda, however, reckons that in spite of the procedural missteps and political expediency, the move was commendable in saving the capital from socio-economic decay. Awuonda also suggests that the situation in Nairobi should be “formalised” but already, activist Okiya Omtatah and a voter have challenged the transfer in a court of law. It was not by accident that Sonko was consigned to a political Siberia.  From the start, President Uhuru and elements in Deep State where never comfortable with Sonko’s candidature for the city’s governorship. They were only forced to embrace him owing to his popularity.

Efforts to bar him based on his wanting academic credentials and the past criminal record failed after Uhuru was forced to intervene to avert a situation where Jubilee Party risked losing the seat to ODM’s Dr Evans Kidero, according to Sonko’s communications advisor Josiah Murigu in a past interview with The Nairobian. The President’s next move was to install a team to help Sonko’s deputy Polycarp Igathe manage the city. To frustrate Igathe, Sonko operated from the presidential suite at the Nairobi Safari Club but would make nocturnal trips to City Hall, forcing Igathe to resign barely four months into the job. Undeterred, Uhuru tasked running of key services in the city to the Nairobi Regeneration Committee co-chaired by Sonko and Tourism Cabinet Secretary Najib Balala and which is credited with the rehabilitation of roads in the Eastlands area and the cleanup of Nairobi River, among others. But matters came to a head when Sonko was arraigned in court in December last year over a Sh275m-scandal and followed plans to impeach him. But in the absence of a deputy governor, it would have been costly for the city to go to elections as the lacuna threatened delivery of crucial services.

Fearing the situation would plunge the capital into chaos and derail the Building Bridges Initiative, President Uhuru intervened and Sonko was forced to surrender key functions like health, transport, public works and planning to the national government. He was left clutching at fringe services.