Central
The Kenyan had travelled back from the US through London. 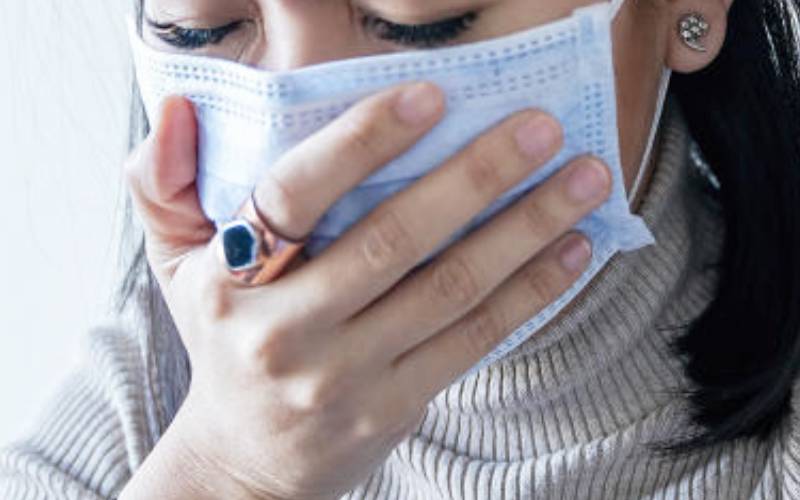 A woman who jetted into the country from London early this month has been quarantined in Nanyuki after she declared having had contact with a coronavirus patient. Laikipia County Health executive Lenai Kamario said yesterday the woman was quarantined last Friday. This was after she declared she had had contact with the woman who first tested positive for Covid-19 in Kenya.

Dr Kamario said the woman, of European origin, flew into the country in the same plane with the first Kenyan to test positive for the disease. She was put under quarantine at Nanyuki Cottage Hospital in Nanyuki Town. The Kenyan had travelled back from the US through London. “The Caucasian woman flew in and headed to Nanyuki Cottage Hospital to visit a terminally ill relative,” Kamario told a press briefing at Nanyuki Teaching and Referral Hospital yesterday. The woman was quarantined the same day Health Cabinet Secretary Mutahi Kagwe announced the first case of coronavirus in Kenya. The patient was admitted to Kenyatta National Hospital. Kamario said the county government was later informed of the case by the private hospital. He said the woman had, however, not shown any symptoms of the disease.

At the same time, six Murang’a County MCAs who returned from a foreign trip recently are on self-quarantine. They had been on official duty in the United Arab Emirates and have been directed to go into seclusion for 14 days. The MCAs returned home last week. County Assembly Speaker Nduati Kariuki has also ordered MCAs to keep off the assembly precincts for 14 days. And in Embu, the government has set up an isolation ward as part of measures to combat a possible outbreak of the disease. Equipped well

Medics have welcomed the decision but insisted that more needs to be done to fight the disease in case it breaks out. They want the isolation ward equipped well. Kenya National Union of Nurses area Secretary-General Joseph Ngwasi called on the county and national governments to provide adequate protective gear to the personnel who will be working in isolation wards in health facilities across the country. He also wants authorities to procure more hand sanitisers, saying those that are available were not enough. "We must endeavour to protect medics, patients and the general public from infection," said Ngwasi. He added: "While on an inspection tour of the preparedness at the Embu Level Five Hospital, we noted that more handwashing and sanitation equipment need to be provided and placed at all the entry points. The health workers need to be protected, otherwise, there will be a big problem."

Ngwasi also called on the county government to set up facilities to screen all patients visiting hospitals. "We discussed with the administrators of the hospital the measures that can be taken to improve preparedness and protection to health workers and patients," he said. Meanwhile, Kiambu County Government has set aside Sh30 million to combat Covid-19 in case of an outbreak and declared a waiver of hospital bills for 55 patients so they can be allowed to go home. Governor James Nyoro said the money will be distributed among all health facilities across the county. Briefing the press after a joint meeting between national and county government officials at the county headquarters, Mr Nyoro said they will continue to monitor the situation and that more measures will be taken to protect the public against the disease. [Jacinta Mutura, Fridah Kingori, Joseph Muchiri and Boniface Gikandi]