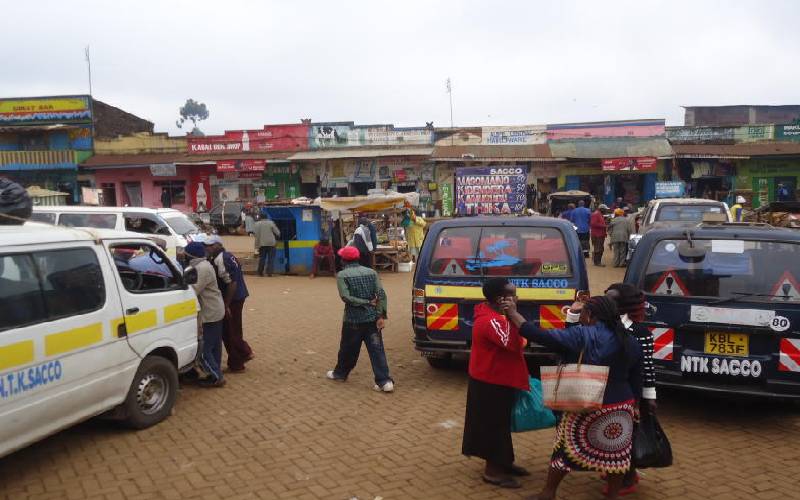 The National Environmental Management Agency (Nema) is yet to clear a Sh600 million matatu terminus project in Nyeri County six months after it started. Governor Mutahi Kahiga launched the construction of the multi-million matatu and bus terminus on the outskirts of Nyeri town in July last year. But speaking during a public hearing on the environmental impact of the construction last week, Nema's Compliance and Enforcement officer, Marrian Kioko, said the agency is yet to clear the plan's Environmental Impact Assessment (EIA) report.

According to Ms Kioko, the agency is still addressing complaints raised by some residents about the project, six months after construction work began. She, however, stated that Nema was not against project jointly funded by the county and the World Bank. “We are simply carrying out our mandate to involve the public and ensure that the every Kenyan has the right to a clean environment,” she said. Once complete, the Asian Quarters Bus Termini is expected to host 1,000 business stalls, 300 matatu parking bays, an open air market, a garage, a lorries parking area, 100 taxi parking bays and a four-storey business centre. It will also have a police post, a fire station, five sanitation blocks, a green park and a county office.

The authority said the county had done its part by conducting an environmental impact assessment on the project. “We received the EIA report from Nyeri County before it started the project but there was a delay in the process of approval. We shall eventually make a final assessment and recommendation on the report,” said the Nema official. At the meeting, former Nyeri Town MP Esther Murugi, who lives in Asian Quarters estate adjacent to the upcoming bus termini, said residents had submitted a petition requesting for some adjustments to the project. “We requested that the county protects residents by building a gate and barrier around the homes located here,” she said. Infrastructure and physical planning executive, Kwai Wanjaria, said the county was considering the residents' petition.

County Secretary Ben Gachichio assured the residents the construction has not stalled and would go on as planned.